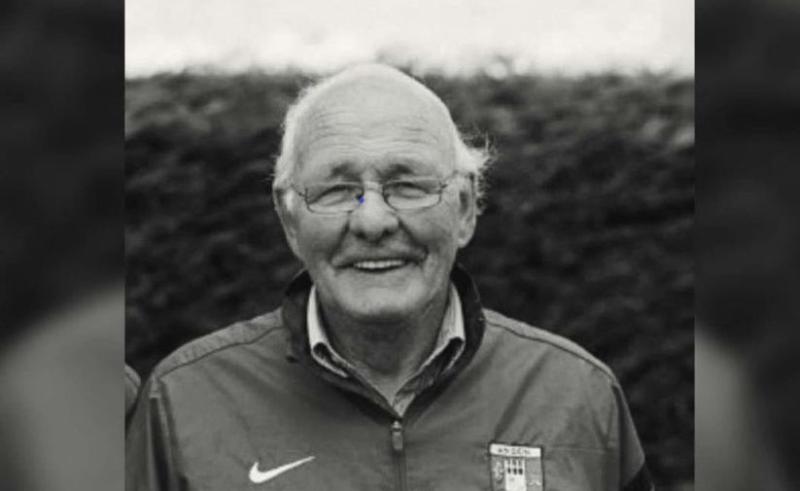 Doon GAA Club has paid tribute to their late President, Billy Healy who passed away this week.

Club PRO, Philip Keegan, in a tribute, writes "It is with immense sadness, hurt and regret that we announce the death of our beloved Club President Billy Healy. Billy passed away peacefully surrounded by his loving family at the tender age of 80.

There is simply not enough words nor is there enough space in a post, to emphasise the extraordinary service, commitment and lifelong devotion that Billy Healy has gifted to Doon GAA. Billy has been at the forefront of our club for an astonishing 60 years. He`s been Club Chairman, Trainer, Kit Man, Groundskeeper, Mentor, County Board Delegate, Auctioneer, Driver, and of course Club President. These are, needless to say, all but to name a few of Billy`s boundless roles within the club, but Billy was known locally to everyone simply as “The Manager” having managed every age group from 6 years old and upwards. The Manager was Gael amongst Gaels, a legend of the game and an inspiration to everyone around him.

To say that Billy was a proud Doon man is an understatement. The Club would certainly not be the club it is today if it wasn’t for him. In the good old days Billy was a great man for transporting young players to and from training, matches and away trips. Cars typically carry 5 passengers including the driver, however many people have vouched that Billy often carried a lot more than that! During his vast career with the club, he oversaw many milestones and celebrations. Rashina Pitch was procured and later the current home pitch and dressing rooms. Billy was a driving force of the development of the current pitch and dressing rooms. One of Billy`s fondest celebrations was the 1970 Junior title against Ballyfore and the 1987 Junior title against Shannonbridge. Billy also overseen Doon win minor championship titles, underage titles and both an intermediate title in 1989 and a Senior B title in 1990. Billy had an overpowering love towards underage football, he had a profound love of seeing a young footballer progress from underage through to adulthood. We must also not forget how instrumental he was in the Doon/Shannonbridge Lotto, he sold and cheeked lotto tickets for many years. It would be remiss not to acknowledge his association to Offaly GAA. He took great satisfaction in the Offaly under 21 teams of 86 and 88 of which he was a selector on. The vast history that Billy has accumulated for with sport could go on and on, and it would be unjust to try and account for all of it as there is simply so much.

Football was in his blood and Doon GAA was in his heart. As well as being the stalwart of Doon, above all else he was a loving Husband, Father, Brother, Grandfather, Neighbour and indeed a friend to many. He was always up for a chat, a bit of slagging and the obligatory low-down on the past weeks football results. He was a great man to speak his mind and would not say yes for a happy life, especially when it came to committee meetings to which he never missed. He would never miss anything. If there was a bereavement within the community, he was the first person to be at the grave with his pick and shovel. He always had the right words to say, no matter what the occasion. After winning the County Final in 2019 he gave an exceptional speech at the Dinner Dance in the Grand Hotel Moate, a night that that he held close in his heart right up until his passing.

Billy Healy will forever be remembered in the hearts and thoughts of the many people that crossed paths with him, but for the people of Doon he will be simply remembered as the single most distinguished clubman that Doon has ever seen. There will never be another “manager” nor will our field ever see another character like him stand in it. We have lost an icon, a legend and a friend whom we will all miss dearly. Billy Healy will never be replaced nor would we ever want him to be. Rest easy Billy, we hope the football is good up there and that there is not too many red cards being thrown.

To Rose, Cora, William, Senán and Eva we offer our full and heartfelt condolences.