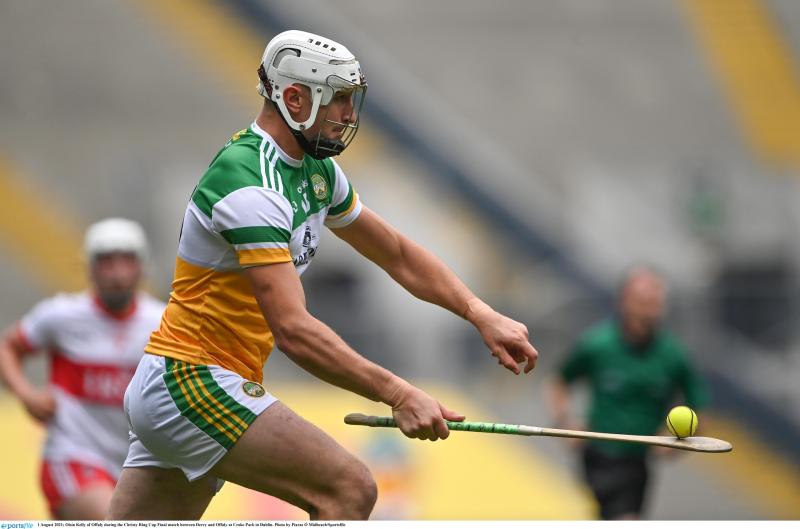 Offaly Star Kelly has been named as the Christy Ring player of the year after some outstanding performances for Offaly senior hurlers in 2021.

Belmont man Kelly was in flying form in the attack as Offaly won the Christy Ring Cup, winning promotion back to the Joe McDonagh Cup. His selection as the Christy Ring player of the year was announced on Monday afternoon.

Oisin Kelly, scored 2-10 in three matches for the Faithful County, including seven points from play in the Christy Ring Cup Final against Derry.

Kelly found new levels of consistency under manager Michael Fennelly and he is now recovering from a cruciate operation, which will rule him out for the early part of next season.

He is one of four Offaly players selected on the 2021 GAA/GPA Champions 15 team. The team is an All-Stars type selection for players that played in the Christy Ring, Nickey Rackard and Lory Meagher Cups. Ballinamere's Ciaran Burke is full back, St Rynagh's Ben Conneely is centre half back, Kelly is right corner forward and Birr scoring machine Eoghan Cahill is full forward.

The selection process for the GAA/GPA 2021 Joe McDonagh Cup Team of the Year included player and coach feedback and was finalised by an independent selection committee of journalists and referees.