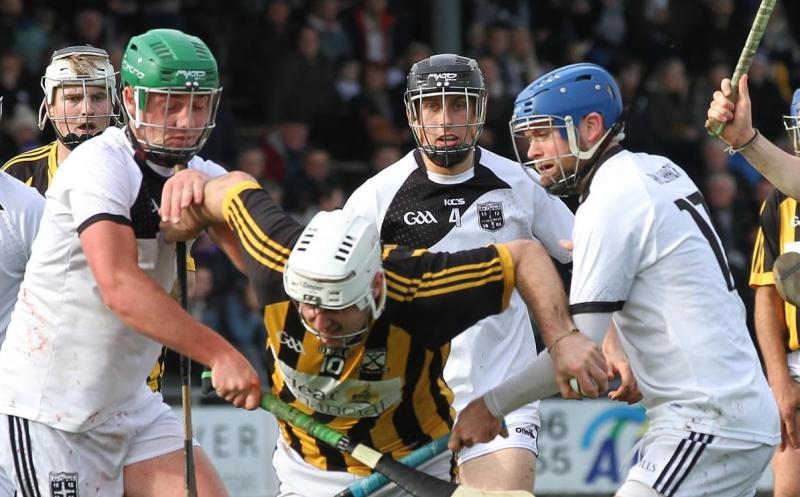 Clara and Seir Kieran in the action in the 2019 IHC final.

IT is one of the biggest weekends of the year for the lower level Offaly hurling championships with the intermediate semi-finals down for decision and the final round of groups games taking place in senior “B” and junior.

Tullamore have emerged as the form team and favourites in the Senior “B” Hurling Championship. They have topped the group with four wins out of four and are safely through to the semi-finals: the top four teams qualify out of the six team group.

Lusmagh are on six points and are also through while Clara and Clodiagh Gaels are on four points and in pole position to qualify.

Last year's intermediate champions, Shinrone have lost their four games and are in the relegation play off while Kilcormac-Killoughey are on two points and can claim a semi-final place if they beat Clodiagh Gaels on Sunday.

The final three games take place on Sunday at 3.00pm. Kilcormac-Killoughey have to beat Clodiagh Gaels and if they lose, then Clara and the Killeigh-Killurin outfit will be through. This is a huge game for Clodiagh Gaels. With Liam Langton missing some game time because of injuries and suspensions weakening them after an acrimonious defeat by Clara, they now find themselves on unexpectedly thin ice.

With Clara expected to beat Shinrone, a defeat will probably put them out as Kilcormac-Killoughey will also have won the head to head battle then. They should be able to win but this is a position that a fancied Clodiagh Gaels never expected to find themselves in at the start of the season.

Both Clara and Clodiagh Gaels will be understrength for this week's games after an unsavoury clash in the last round when Clara recorded a shock win. Six players were sent off – five to straight reds and they will all miss the last round. Sean Beatty and David Buckley were red carded for Clodiagh Gaels while Conor Langton went for two yellows. Cormac Delaney, Graham Guilfoyle and Ed Cullen received straight reds for Clara who have decided to accept their one match ban.

This week's games are:

They should be two very close, exciting games in a championship that looks wide open. Shamrocks are the title favourites and should be helped by the fact that all eyes are now on the sliotar following the elimination of their senior footballers but there are doubts about them. St Rynagh's certainly won't be afraid of them in any way and will relish taking them on.

Carrig-Riverstown have played well so far and are slight favourites for their game against Birr but again, the town side will always be confident of beating their near neighbours.

The final round of group fixtures in the Junior Hurling Championship takes place on Saturday and there is a lot to play for. It is the same format as senior hurling with two groups of five criss crossing and the four clubs with the best record going into the semi-finals.

Brosna Gaels are top with eight points from their four games while Ballinamere, Shamrocks and Kilcormac-Killoughey all have six points. Tullamore and Coolderry have four, Clodiagh Gaels, Edenderry and Ballyskenach-Killavilla have two and Gracefield have no point.

The top four are in pole position while Tullamore and Coolderry can still make it but Clodiagh Gaels, Edenderry, Ballyskenach-Killavilla and Gracefield are all out of contention.

Coolderry should get onto six points as they play Gracefield while Tullamore also have to get up there but play Kilcormac-Killoughey, who have been going well. The winners of Ballinamere and Shamrocks will be definitely through while table toppers Brosna Gaels will be favourites to maintain their winning streak against Edenderry.

Scoring difference or head to head results could be required to determine the final qualifiers, though the odds favour the top four making the semi-finals.

The five games take place on Saturday at 4.00pm.