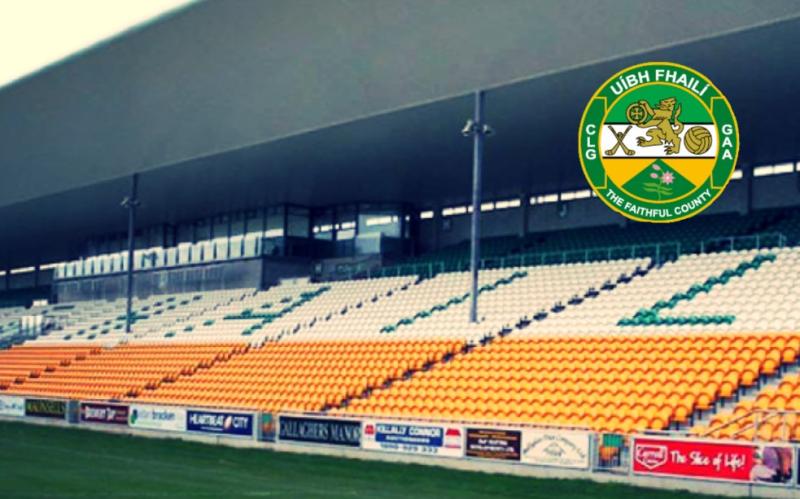 WHAT should have been an occasion of great celebration and joy for Walsh Island was tinged with deep regret as they had two players sent off with straight red cards near the end of their Senior “B” Football Championship quarter-final win over St Rynagh's in Bord na Mona O'Connor Park on Sunday afternoon.

Walsh Island were coasting to a comfortable enough win with three minutes to go when the row broke out near the dressing room area of the field and with most players getting involved in some capacity, it was no surprise that referee Eamon O'Connor took stern action. When the dust settled, he brandished straight red cards to Walsh Island's Colm Gavin and John Doyle and St Rynagh's Sean Dolan and Joey O'Connor. Walsh Island half forward Oisin Murphy was also sent off but he received a black card in addition to his earlier yellow, meaning that he will be okay for the semi-final.

St Rynagh's forward Gary Mahon had been red carded five minutes into the second half after tangling with Walsh Island full back Evin Galvin, and it all created for an unsatisfactory afternoon – even if the brawl and earlier sending off were isolated incidents rather than symptomatic of widespread malice or ill intent. It should have finished with Walsh Island's twelve against St Rynagh's twelve but the Cloghan club actually ended up with thirteen on the field as they had thrown in Martin Byrne as a blood sub for O'Connor as he went off to receive treatment for an injury.

Walsh Island will be disgusted at the way this game ended for them as they had done very well to win it and it was absolutely ludicrous for them to get involved in a row with the winning post in clear sight. A number of their players lost their discipline and while St Rynagh's were the same, the stakes were much higher for Walsh Island at this stage. They should have just turned and walked away instead of players running fifty metres or more to add to a scene of mayhem.

There was a very high card count and it does not paint a good picture: 6 red cards, five of them straight ones (John Doyle had been on a yellow for Walsh Island but got a straight red after the row), 8 yellow cards and two blacks.

Walsh Island were 1-8 to 0-6 when the row broke out and that is the way it finished. Gavin and Doyle will be huge losses for Walsh Island unless they can get their suspensions overturned and this is doubtful. Gavin had got through a mountain of work at midfield and while he may have took too much out of the ball at times, he had helped Walsh Island establish a foothold here after a poor start. Doyle hadn't been at his best in the Walsh Island attack but he was still doing okay and is one of their most important footballers.

Before that, it was a tough, uncompromising game of football but it had been played in generally good spirit. It was not a good game with plenty of mistakes and mediocre football but there were also patches of very good play and there was great honesty and commitment.

St Rynagh's had been brilliant earlier on. With Joey O'Connor running the show from centre half forward and the wind on their backs, they tore into Walsh Island and Sean Finneran, O'Connor and Pat Camon gave them a three point lead after three minutes. Walsh Island looked to be in trouble but settled and three points from the 6th to the 9th minutes from Receee Cuddihy, Willie Mulhall (free) and Oisin Murphy had them level.

Mulhall fired them in front in the 14th minute, Gary Mahon equalised from a free and Walsh Island sub, Emmet McKenna got the game's decisive score two minutes from the break, tapping to the net after a good build up involving John Doyle and Alan Mulhall.

Willie Mulhall extended Walsh Island's lead with a super point on the resumption and St Rynagh's self imploded in the next few minutes. First Gary Mahon saw red and then Dermot Shortt picked up a 38th minute black card, leaving them down to thirteen men. Walsh Island didn't take advantage of the numerical advantage as O'Connor's free cut the gap to two points. Thomas O'Connor did get a crucial point for Walsh Island before Shortt came back on.

As the game became increasingly scrappy, St Rynagh's found that they had little to offer and that free from O'Connor proved to be their last score. Two excellent frees from Willie Mulhall gave Walsh Island breathing space but unfortunately, their afternoon was very much tainted with that late row and sending offs.

Apart from those opening few minutes, Walsh Island were the better team and they worked very hard while St Rynagh's will be very disappointed at their display.

Willie Mulhall (Walsh Island): There wasn't much in the way of outstanding individual performances here. Sean Dolan put in a great shift for St Rynagh's and Joey O'Connor looked like he would be a match winner early on before his influence declined. Willie Mulhall was the single biggest reason Walsh Island won. He got five points, two from play, and showed great class on the ball.

Emmet McKenna's goal two minutes from half time was the decisive moment in this game.

A mixed bag from Eamon O'Connor. The late row had nothing to do with him and a referee can never be blamed for players fighting but there were some talking points. He got most calls right in his general refereeing, though he threw up one ball during the second half when stopping play for a Walsh Island injury – Walsh Island had possession and it probably should have been an indirect free to them. Dermot Shortt seemed to come back on a few seconds early after getting a black card. There were 38 minutes on the clock when he went and he came back on during the second half water break, which took place at 47.30 minutes, over half a minute short of the full ten minutes. It also looked like St Rynagh's introduced Martin Byrne as a blood sub for Joey O'Connor after he had been sent off. A slip was handed to the referee but there was an awful lot going on at that time as he was trying to pick players out from the row and making sure things had calmed down. It wasn't an easy situation to deal with and he deserves credit for taking stern action.

The row and Walsh Island losing their discipline in a game that they had in the bag.

Walsh Island meet either Clara or Tubber in a semi-final while St Rynagh's year is over.