Darby loses appeal as Rhode plan without Rigney and Kavanagh 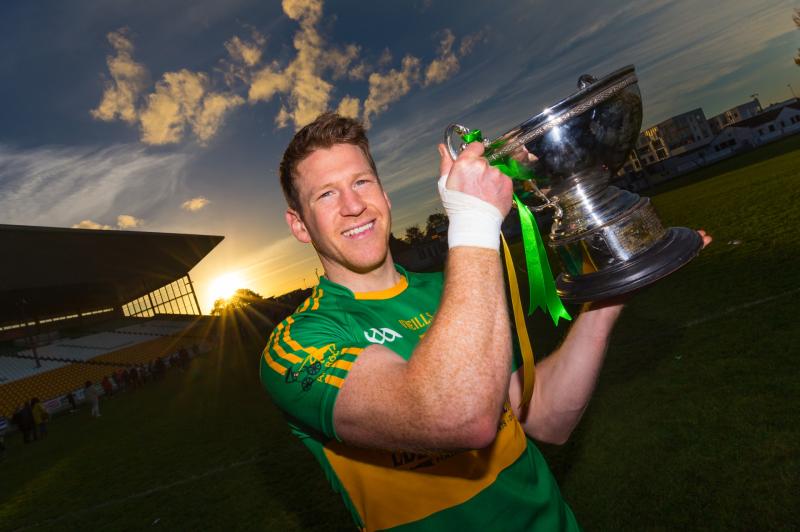 Brian Darby has lost his appeal against suspension

BRIAN Darby has lost his appeal against suspension and will miss Rhode's Senior Football Championship quarter-final against Shamrocks on Sunday afternoon.

Darby received a straight red card along with Ferbane's Paddy Clancy in Rhode's 4-12 to 3-13 group win last Sunday week and his appeal was heard by the Offaly GAA Hearings Committee on Monday night. The player was informed on Tuesday morning that his appeal was unsuccessful.

It means that Rhode will be without three key players for the quarter-final as defenders Eoin Rigney and Jake Kavanagh are out for the season.

Kavanagh had been in excellent form for Rhode as they won the Dowling Cup last year but he ruptured his achilles tendon in a league game earlier in the year.

Rigney's loss has been a massive blow. He went off early in their second round win over Cappincur and there are fears that he has a cruciate injury, which could result in a nine month rehab post-operation programme and rule him out for Offaly's National Football League campaign next year. Rigney was in outstanding form at full back for Offaly this season and was pivotal to Rhode's championship prospects.

Rhode manager Malachy McNulty confirmed on Monday evening that Rigney is likely to be out for the season. Stating that they don't yet know the full extent of the injury, the Portlaoise man revealed that Rigney has got a scan and is now waiting on word from a consultant.

There is, however, good news for Rhode as Niall Darby has returned training and is available for selection against Shamrocks. Darby missed the win over Ferbane with a soft tissue injury but has returned to training since and McNulty stated that he is okay to play on Sunday.

The loss of Kavanagh and Rigney has really impacted on Rhode and has narrowed the gap between them and the other contenders. While they are still the team to beat and title favourites, Rhode haven't found their best form yet and will be disappointed to be without Brian Darby on Sunday. Darby has had a near exemplary disciplinary record during his long career, playing the game the way it should be played and the absence of their three best defenders gives Shamrocks an outside chance of an upset.

In the other senior football quarter-final, Edenderry and Ferbane clash on Saturday afternoon while Bracknagh and Cappincur meet in the relegation play off.