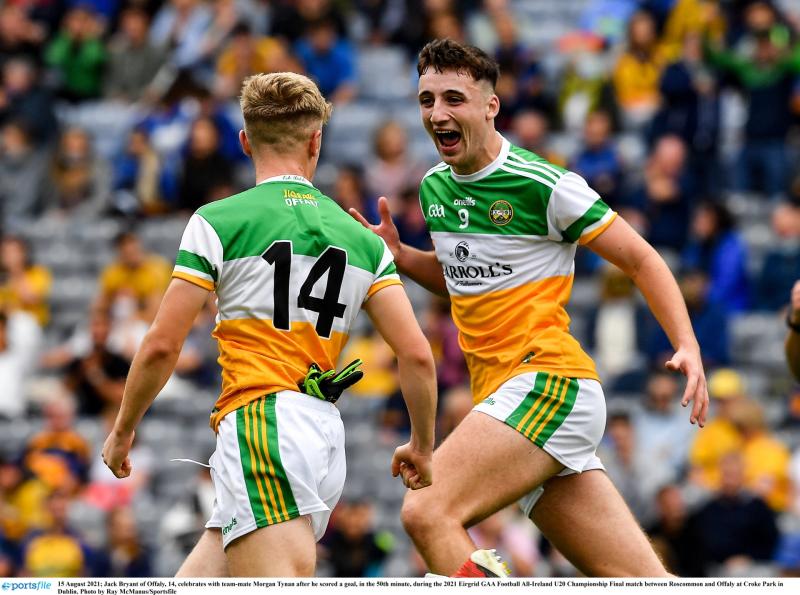 IT has been one hell of a roller coaster year for star Offaly midfielder Morgan Tynan. One of the outstanding performers over the course of a sensational campaign that culminated in victory over Roscommon in the All-Ireland U-20 Football Championship final on Sunday, Tynan was still absorbing the enormity of what they had achieved when he spoke in the dressing room an hour after the game.

The Ballinagar man had produced a man of the match performance in the first round win over Wexford but went off late on after taking a ferocious hit to the shoulder-head area. There was a fall off from this when he lasted just ten minutes in the Leinster semi-final win over Westmeath, looking to come off as he felt dizzy and couldn't see any more than five metres ahead of him.

After coming through a strenuous fitness test that week, he had a fine game in the Leinster final win over Dublin. He then missed a free and was taken off during the All-Ireland semi-final win over Cork, though he had some excellent spells and on Sunday, he was one of the Offaly heroes as Roscommon were beaten by 1-14 to 1-11 in a thrilling All-Ireland final in Croke Park.

He remarked: “Unbelievable. The atmosphere was absolutely electric. When I ran out on to the pitch and it was just all in your head.You could just hear the Offaly fans. Words can't describe it. I never thought it would happen.”

He was asked about his head injury and early departure against Westmeath.

“I don't know what it was. I did all the protocols before hand and passed them all with flying colours. It was a hot day that day. Maybe it was the sun but the head wasn't right at all. I couldn't see from five yards away. After ten minutes after a hard sprint, the head just went.”

Were you worried that it was a concussion type injury?

“To be honest I didn't know what to think of it because it was all just coming on top of me all at once. The boys put me through a more physical test in Faithful Fields the following week and I passed that with flying colours. I thought once I got going in the Dublin game the next day, I would be all right and thankfully I got going.”

Tynan was the first Ballinagar man to play in an All-Ireland final and there was tremendous excitement in the whole area over this, with flags and bunting all over the place and his own club making a presentation to him during the week. The son of a Laois father (Tommy Tynan, from the O'Dempsey's club outside Portarlington) and a Tubber woman (Lily, a member of the well known Farrell family there and a sister of a former Offaly U-21 football manager, Padraig Farrell), Morgan enjoyed the buzz and it didn't have any adverse impact.

“It was great out in Ballinagar. All the banners and all the support I am getting on the facebook pages and all the social media. It is great.”

He is also grateful to Ballinagar GAA Club and in particular their former chairman, current treasurer and former player, David Gorry for the work he did with him in getting fit earlier this year as he recovered from a hamstring injury.

“ I just want to say a quick thanks to David Gorry because I got a bad injury on my hamstring last year. I was two milimetres away from surgery and he helped me get back in pre-season in January and December. He is the main reason why I got back into good shape.”

He missed a scoreable first half free against Roscommon and also missed one against Cork that he would normally slot over.

“The Cork game was a tough game for me. You have those days some times when you are a free taker. They go over one day and the next day, they don't. Against Cork, it wasn't my day but thankfully I got a few big ones today.

He wasn't worried when Roscommon came at them late on and he was one of the players who helped lift the siege with some great composed play under pressure.

“The fitness kicked in.The runs the boys have been doing with Conan (Mahon, strength and conditioning coach), Raf (Ger Rafferty, selectors) and all the boys, they were doing serious work with us. Our fitness showed that the hard work is done.”

Asked about what this win means to Offaly people, he stressed that he hasn't taken that in yet.

“It hasn't even hit any of us yet but we know we have won and it is great.” 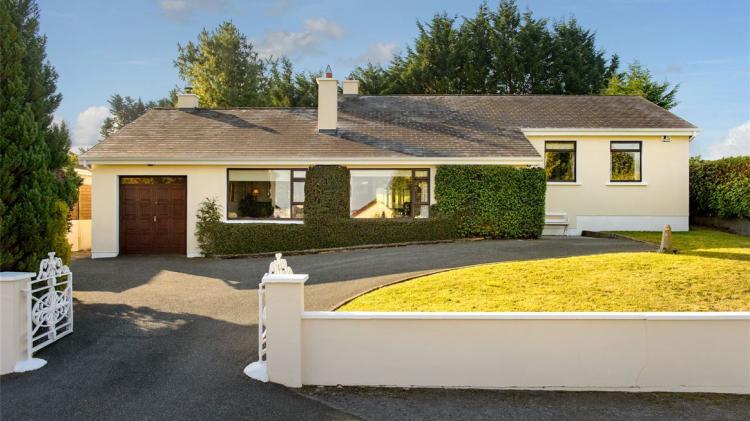