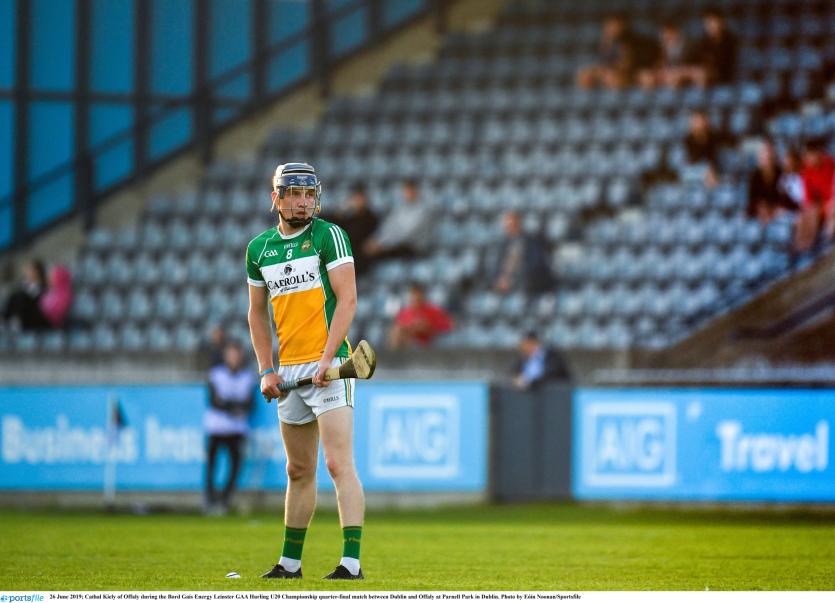 CATHAL Kiely has returned to the Offaly panel for Tuesday's evening's crunch Leinster U-20 Hurling Championship semi-final against Dublin in Parnell Park.

The Kilcormac-Killoughey man was not on the panel for last week's fine win over Kildare. He was outstanding for Offaly U-20 hurlers last year and would have been an automatic selection on the team. He also played for Offaly U-20s in 2019. He hadn't joined Michael Fennelly's Offaly senior hurling panel as he tried to deal with injury problems.

His return to the panel strengthens Offaly's hand for the big game against Dublin. He will be an option at midfield and the attack and is accurate from play and frees as well as bringing physicality, intensity and energy to the table.

Kiely replaces Durrow's Sam Bourke on the panel while there have been two other changes to the 24. St Rynagh's Kelan Rigney and Seir Kieran's John Coughlan have been called up with Gearoid McCormack of Coolderry and Dylan hand (Kilcormac-Killoughey) left off.

The same fifteen had been named though there are some positional changes with Dara Maher selected at full back and Padraic Watkins going to the wing.

Offaly turned in a super second half to beat Kildare by 2-25 to 1-16 and will fancy their chances against a strong Dublin team.

The game has a 7.30pm throw in and will be available to watch for free on Sport TG4 YouTube.