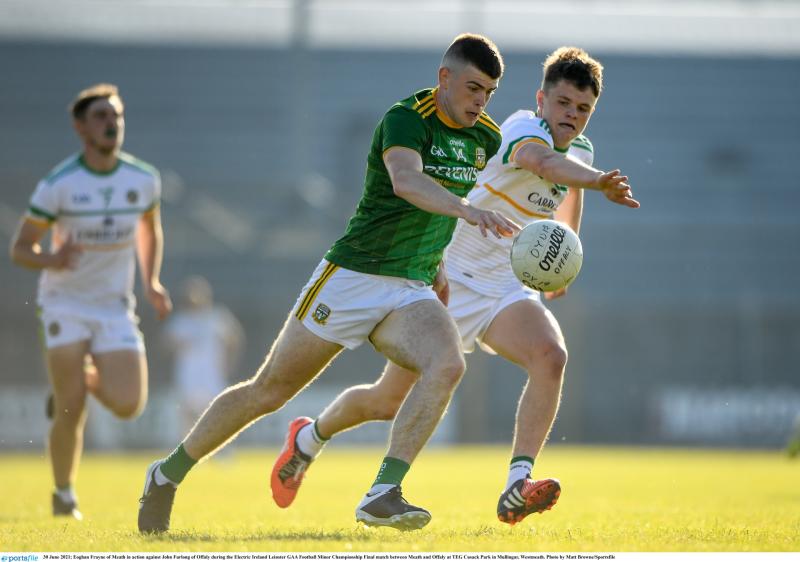 John Furlong was very good in the Offaly defence.

IT ended up way tighter than it should have been but there was no disputing the merit of Offaly's win when they defeated Wexford by 1-10 to 1-9 in the Leinster U-20 Football Championship in Wexford Park this evening.

There was no way this was a one point game on the balance of play but it was on the scoreboard and Offaly ended up hanging on for dear life in injury time. It was a quite decent performance by Offaly and they played very composed, steady football for a good fifty minutes here.

They were 1-10 to 0-7 ahead with ten minutes left and were coasting into the semi-final at that stage. However, they conceded 1-2 in the closing minutes and with five minutes of injury time played, they could have suffered a devastating defeat or extra time. They managed to get across the line but it was a limp rather than the saunter that their overall performance deserved – Wexford had a couple of chances that they will now rue considering how close it was.

The final scoreline in no way tells an accurate story of this game. Offaly led by 0-7 to 0-3 at half time and were 1-9 to 0-6 in front at the second half water break. Wexford hadn't scored from play at that stage and without being brilliant, Offaly were quietly efficient, doing the simple thing well, gently controlling most sectors and it was difficult to see trouble ahead at this stage.

The way Wexford came back into it will concern Offaly and it wouldn't have taken much for them to force extra time. Offaly didn't close out the game and missed a couple of chances. Why did they lose the way in that way? Well that is football and Wexford probably had to have a purple patch at some stage. Offaly also lost their best player, midfielder Morgan Tynan to a ferocious hit out under the stand. The Ballinagar man had left himself wide open as he tried to move up the sideline but the hit looked high, possibly came in contact with the head and amazingly a free wasn't given. Tynan was badly dazed after it, possibly concussed, and Offaly never really got going ahead.

Tynan isn't a natural midfielder but he had been quietly dictating the game from there, spraying in quality, almost flawless ball, getting a point from a free, a point from play and winning the all important 33rd minute penalty that ultimately gave Offaly the cushion to get home.

There were other fine performances from Offaly. Jack Bryant was brilliant in the attack. A defensive Wexford played a man in front of him in the first half but he was always lively and dangerous. Three points from play represented a very good return off limited possession. John Furlong had an excellent game at the heart of the Offaly defence. A week ago, Furlong played in the unlucky 2020 minor final defeat by Meath and he stepped up the grade with great comfort. He does the simple thing, the hard work so effectively and controlled a defence where Offaly played very well as a unit with Kieran Dolan and Fionn Dempsey also standing out.

Ed Cullen worked hard at midfield while the Offaly attack has some room for improvement. Cathal Donoghue moved very well in possession, breaking into space with great efficiency while the Offaly forwards were hard working and honest but can certainly play better.

Overall it was a satisfactory display by Offaly. It wasn't perfect but it gives them plenty to build and work on and they have the capacity to improve.

Offaly settled quickly into the game, holding their own in all sectors and moving the ball well. They led by 0-5 to 0-2 at the first water break with Morgan Tynan and Cormac Delaney converting frees – Tynan's was a particularly good strike with the left foot from an acute angle out on the right wing. Aaron Kellaghan got two points, one from a fine mark and Jack Bryant tapped over from play as Offaly were playing well.

Offaly continued to impress as the better side in the second quarter, though they certainly didn't set the world on fire. They added two more points through Morgan Tynan, with an excellent score from distance, and Jack Bryant to lead by 0-7 to 0-3 at half time.

It put Offaly in a strong position at half time with a defensive Wexford side failing to score from play. The home side dropped corner back Conor Kinsella back in front of the Offaly full forward line and it meant that they struggled to create chances. They didn't have many shots on goal from play in the first half and when they did, they weren't accurate.

Wexford played better after half time, attacking more and pushing players forward. Scoring from play, however, continued to be a problem and their first three points were from two frees and a mark. Offaly got a crucial goal in the 33rd mintue when Morgan Tynan was fouled and Jack Bryant blasted the penalty home. A lovely point from Bryant and Cormac Delaney free had Offaly 1-9 to 0-6 ahead at the water break.

Offaly were in complete control and a punched point from Cathal Flynn extended the lead to six after the restart. That, however, proved to be Offaly's final point as Wexford kept plugging away. The concession of two points didn't ring any alarm bells for Offaly but a 61st minute goal from Shane Pettitt after Anthony Larkin's free dropped short certainly did. Now there was only two points in it and then Larkin's long range free cut it to the minimum.

Extra time loomed large but Offaly didn't concede again as they held on for a win than was way tighter than it should have been. 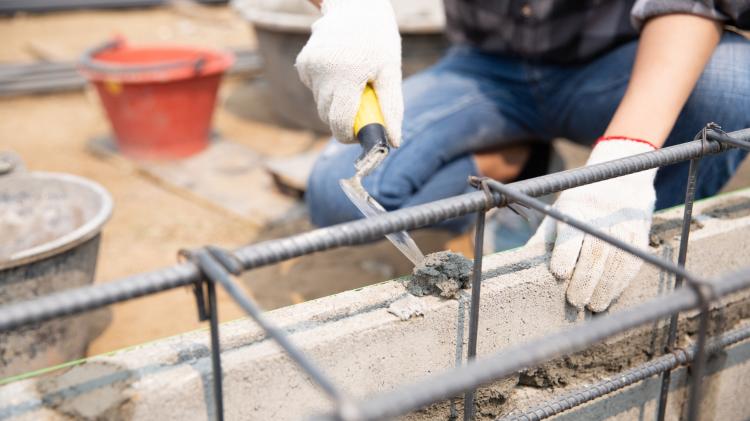 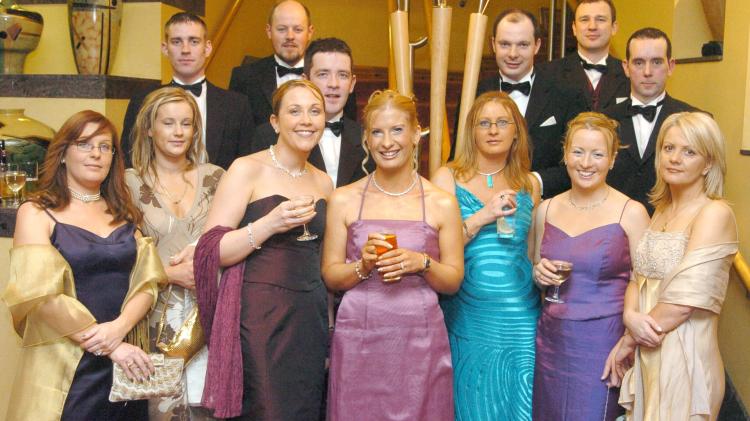