Offaly boss Maughan braces himself for crunch game against Tipperary 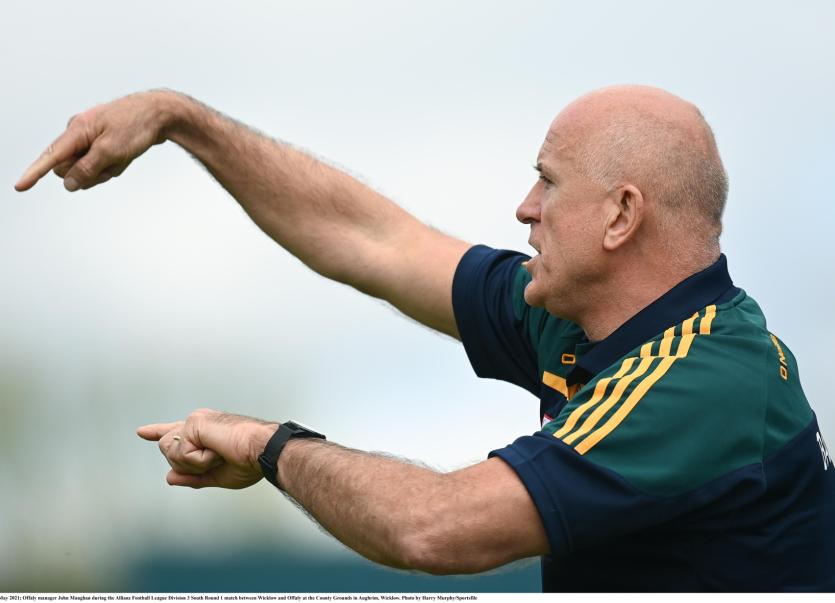 While pleased that Offaly won by 0-16 to 1-11, the Mayo man is fully aware that Offaly are still on a knife edge in the division. They have two wins from two games but a defeat against Tipperary in O'Connor Park next weekend could very well see them in a relegation play off – if Limerick beat Wicklow and Tipperary defeat Offaly, then Offaly, Tipp and Limerick will all end up on four points and scoring difference will dictate which two goes into the semi-finals and which two go into the relegation play off.

The tight scoring difference resulted in Limerick sub Josh Ryan opting to tap over a free deep in injury time instead of going for a match saving goal and Limerick manager Billy Lee confirmed afterwards that he instructed him to point it.

“It (scoring difference) could come into it. I know Josh has got a powerful shot but I’d hate to be looking back next week and a point was the difference one way or another. And you know yourself, it’s not easy to score goals in situations like that, you’d need a cannon behind you, so yeah, I told him to put the ball over the bar,” Lee admitted.

Maughan was somewhat disappointed that Offaly didn't win by more and he knew they should have got some goals in the first half.

“We made heavy work of it again, we could have had a bag of goals in the first half,” he lamented, adding: “ But it was a character building performance in the end, we stuck at it, kicked some great scores, our subs made a great contribution. Niall McNamee, Cian Farrell, Shane Horan, these are top quality guys to be able to bring in.”

He remarked: “We knew we were the better team, we displayed it on the field without making it tell on the scoreboard. It was just a question of patience, perseverance and sticking at it.”

Maughan also spoke about the possibility of it coming down to scoring difference.

“Confidence is growing, two victories gives us a great bit of momentum going into the Tipperary game here next Saturday. We’ve an awful lot to play for, it could come down to scoring difference, but we’re not thinking about that. We’ve a game to go and try and win, we need to build a fortress here in O’Connor Park. Without supporters here it’s not quite that, but we’re improving game on game, we learning an awful lot about our squad, and we’ve great depth, which we didn’t have the last couple of years.”

Billy Lee was glowing in his praise of the Offaly forwards.

“It was a ding dong battle for a lot of it. We knew coming up here that Offaly had forwards that could kick scores readily and they proved that. They kicked 16 points from play, I thought our full back line was very tight on them and they still managed to do that. That just tells you the quality that they had.

“Some of the scores came from our giving the ball away at the other end or not kicking the ball dead, but that’s not to say that Offaly wouldn’t have kicked them anyway.

“They’re a quality team. Their kick passing, their movement, their finishing, everything about them oozes class at our level. It’s not for me to worry about Offaly but they’ve a lot of ability. Most of their players can play off both feet, they’re athletic, they’re powerful.”

He expects a tough battle for Limerick against Wicklow in Aughrim. “Everybody knows that when you go to Aughrim, no matter what county you are, they’ll put it up to you, so you’d better be ready. There’s no gimmes in any division, look at last year we were only getting over the line by a point.”