Original lease agreement at hub of Tullamore and County Board dispute 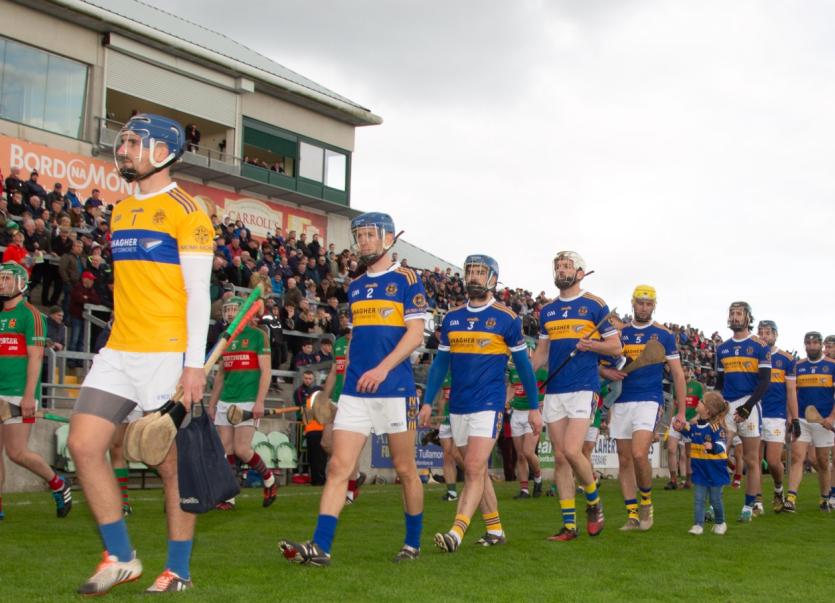 ON what was an excellent weekend for Offaly GAA, it is a shame that the O'Connor Park lease row between the Offaly GAA County Board and Tullamore GAA Club dominated a lot of public talk.

The row escalated further last week with a lengthy Tullamore letter to clubs outlining their case and adding further timber to an already blazing fire.

A recent County Board meeting was told that €47,607 is now owed on the lease, including the first six months of this year.

The row was commented on extensively in this column last week and there is no need to re-iterate the views expressed there.

Tullamore had their say in their lengthy letter last week. They make some valid points and you have to have some sympathy for them but it is not a letter that is going to win or is winning support among the wider GAA public in Offaly.

Tullamore GAA Club don't seem to be unduly worried about that and are putting themselves out on a limb. In fairness to them, they have been backed into a corner by the County Board's actions in not paying the rent without their agreement. That was not the right way to approach it and it has certainly created a percentage of the current difficulties.

Judging by the tone of the Tullamore letter, however, these difficulties may have been the end result anyway, no matter what road was taken. Tullamore's letter was a long one but when you strip it down to its bare bones, it basically says that they are not for turning; that they want the original lease agreement honoured and that they won't sell O'Connor Park or reduce their rent.

All of those options have been presented to the club by various GAA bodies that have been asked to mediate in the dispute but Tullamore have isolated themselves by hitting out at all those groups.

The two most telling statements in their letter are:

“Tullamore GAA informed the meeting that there is currently no appetite within the Club for a potential buy-out of the lease on O’Connor Park and that a buy-out would not be acceptable to the general membership of the Club at this juncture.”

“As a result, Tullamore GAA while trying to resolve this dispute in a practical way within the various units of the GAA organisation (Offaly GAA, Leinster Council and Croke Park) is now left with no other alternative but to immediately proceed with the arbitration process.”

That basically says they are going down the legal arbitration road rather than trying to sort it out within the GAA family. The lease is a legal agreement and they have that right but it is a shame that it can't be sorted out and compromise reached in the normal GAA fashion.

The problem in all of this is the orginal lease agreement. Back in 2002 when it was signed, O'Connor Park was in dire need of refurbishment and the County Board were absolutely desperate to get their hands on it and build a stadium that would serve the county's needs. As things transpired, the scale of their development may well have been bigger than the county needed but that is not the issue here and that is a debate for another day.

However, the lease granted a cash cow to Tullamore GAA Club and has placed a big financial hardship on Offaly GAA. As Tullamore rightly say in their letter, they did lose income from O'Connor Park and had to carry out development work to compensate for its loss. They had to get decent compensation and O'Connor Park is their ground.

However, the lease payments are fairly savage over a period of time. It was €56,245 last year and it will grow further in coming years. Over twenty years, that amounts to over €1 million, it is €2 million over forty years. O'Connor Park is not worth that and to be paying that for a ground that you don't own and will never own is not good business.

It is easy to see how it was agreed to at the time but you can also imagine the reaction of a new Offaly GAA chairman Michael Duignan and treasurer Dervill Dolan as they read the lease after being elected and absorbed its full implications. They may have been wrong in withholding the lease fee but they are very right to seek a renogiation of it and try and get a better deal for the county.

It is a shame, however, that all parties are now on war footing and termination may be the outcome. That would be a disaster for the county and it would not be a good move for Tullamore GAA club either. No matter what cost analysis they may have undertaken, it is very doubtful if they can afford to run O'Connor Park. It is certainly doubtful if they can maintain it to the standard that it needs to be kept to and back in their hands, the ground is very likely to decline. It is over ten years now since O'Connor Park was developed and a lot of necessary upgrading and refurbishment work will have to happen – this will increase as time goes on and the bottom line is that O'Connor Park costs a lot of money.

Tullamore have accused the County Board of wanting them to “bail them out”. They are right that no club should have to shoulder responsibility in a time of financial hardship but they do have a county responsibility. The County Board is the clubs of Offaly, it is not the officers charged with running its affairs and Tullamore are a big part of this. Because of O'Connor Park and their location as the biggest population centre in Offaly, Tullamore has a more important part than many clubs and they now have a chance to do something very good for the county.

Selling O'Connor Park to the County Board remains the best option but it looks like this is a road that the current Tullamore GAA Club won't be going down. They have made that very clear.

If that remains the case – and you never know when this stance will change -, then there has to be some movement by Tullamore. It certainly requires more movement than their letter suggests they will make and a compromise has to be reached.

The lease agreement is not a sustainable document for Offaly GAA. It may be a great deal for Tullamore and it is significant that O'Connor Park is probably worth more to them being leased than sold but it is not a good deal for the County Board and the clubs that comprise it. Tullamore are part of that and they need to consider the greater good of every club in Offaly and the development of county teams.

It also requires movement by Offaly GAA, and conciliatory words and gestures coming from there. There is a feel good mood in the county at the moment and the perception of the County Board is better than it has been in a long time. That is because of Michael Duignan and others but their honeymoon period will end and it is always easy for the County Board to be battered. Offaly doesn't need this at the moment as the focus goes on improving standards and participation among young people but reaching a compromise will not be easy. The two sides are at polar opposites and seem to be getting more entrenched. It will require innovative thinking and compromise by both, Tullamore GAA will also have to move but for the good of all this has to happen.

Light at the end of the tunnel

IT was great to see Offaly footballers and hurlers winning big games last weekend. It is early days and both are very much a work in progress but there is light at the end of the tunnel.

Offaly hurlers are turning a corner. They have had big wins over Meath, Kerry and Carlow and are marching towards promotion from Division 2A of the league. With games to come against Down and Wicklow, they are in a very good position and they should go up.

The footballers are also doing well. They have beaten Wicklow and Limerick and have a crunch game against Tipperary next Saturday in Division 3 South of the National Football League. Offaly's win over Limerick was encouraging. It was the type of game they have lost in the past but they were able to dig it out.

The Tipperary game will tell a lot more. It is one where they have to get a result and the pressure will be at its most severe. Offaly's results to date come with a caution. Limerick and Wicklow were Division 4 last year and Tipperary will ask a different set of questions.

There is, however, a lot to be happy about with both teams. The most encouraging thing is the appetite of the players. They look hungry and like they want to be there. They clearly want to do well and they are beginning to play with traditional Offaly heart and flair. The games may be different now than the past but these qualities are huge attributes and important starting points for Offaly. They look to be there in both codes and that gives something to build on.

1 – Who captained Offaly to their first Leinster minor football title in 1947?

2 – When did Drumcullen last win the Offaly Senior Hurling Championship?

3 – Offaly lost to Meath in the 1970 Leinster senior football final. Name the next county to beat Offaly in the championship?

1 – How many Offaly men have refereed All-Ireland senior finals?

2 -Offaly scored one goal in both the draw and replay of the 1947 Leinster minor football final. Who scored them?