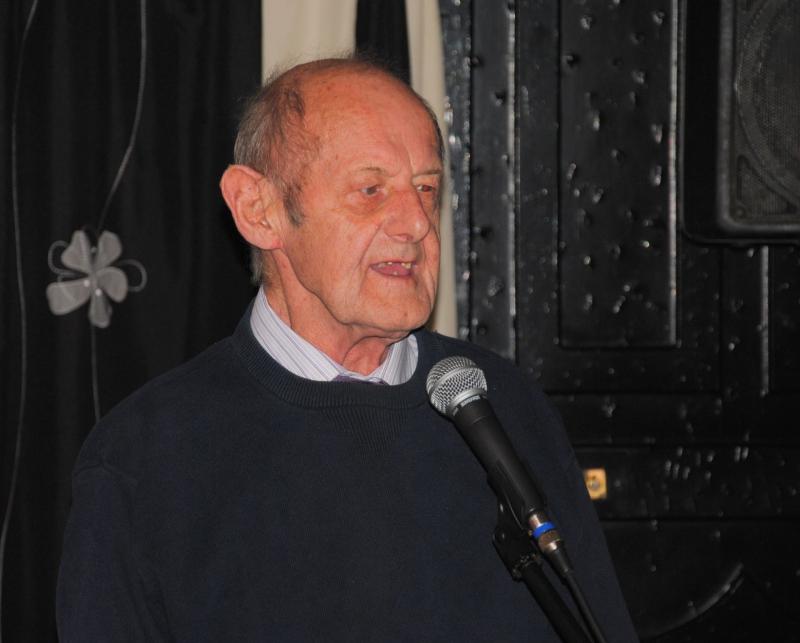 ST Rynagh's Hurling Club, Banagher and the wider parish are in mourning this week following the death of one of their most cherished individuals, Patsy McNally.

Patsy died at his home in Queen Street and will be fondly remembered by the many people who loved and knew him.

He was a great GAA man and gave great service to his club. In his 80s, he served as secretary of St Rynagh's Hurling Club for a spell in the 1980s and 1990s. He was their County Board delegate for several years in those decades and he made a big contribution here. He was personable, passionate and not afraid to express an opinion, even if it wasn't a popular one. His passion for St Rynagh's and Offaly hurling shone through and he was very proud of the achievements of both.

His own playing career was a short one as a bad hand injury ended it at a young age and he had to deal with this injury throughout his life. He played more football than hurling in his youth and after his playing career ended, he served the club in a variety of capacities and was regularly on committee. He was a friendly man with a good sense of humour and he was very popular.

He was predeceased by his loving wife Mary, his parents Patrick and Kitty (Ballyeighter), his beloved Aunt Mary Kate and her husband John, his brothers Brendan, Denis and Fr. John. He is survived by his daughter Maureen and son Kieran, grandchildren Clodagh, Siobhán, Dearbhla, Pádraig, son in law Paul and daughter in law Laura and will be sadly missed by his sister Mary, brothers Roddy, Harry, Gerald, Brian and Ignatius, The Connerty family, nephews, nieces, relatives, friends and neighbours.