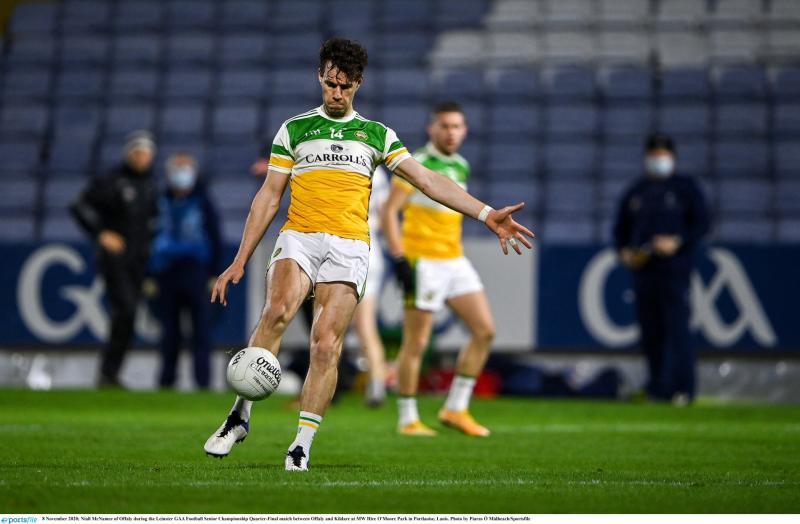 The veteran Rhode attacker sustained the injury in a training session at the weekend and was treated for it in hospital. However, manager John Maughan confirmed on Tuesday morning that it did not require an operation and he should be fit for the National Football League Division 3 opener away to Wicklow on Sunday, May 15.

Offaly have a condensed league schedule as they play three weekends in a row with home games against Limerick on Saturday May 22 and 29.

McNamee is now Offaly's most experienced player. He made his debut in the championship against Laois at 17 years of age in 2003 and has made 145 competitive league and championship appearances since then. A free scoring forward, he announced his retirement in 2018 and didn't play that season but had a change of heart, returning in 2019 and he has played most games since then.