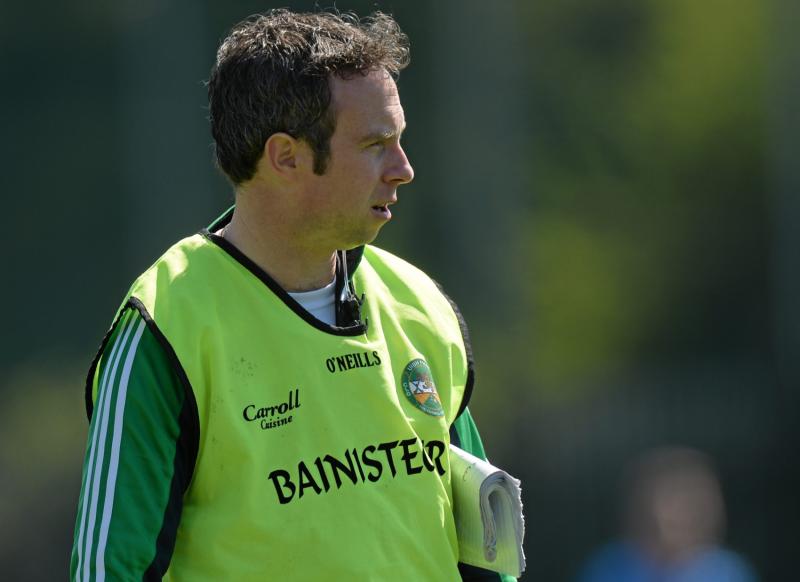 They replace last year's manager, former Laois footballer Mark Rooney and his selectors, local men Conor Mooney and Niall Bryant, who were key players as Shamrocks went so close to winning a first Senior Football Championship title in the 2000s.

He came to Tullamore and Offaly to take up a physical education teaching post at Tullamore College and has been well known on the local GAA circuit for several years.

He has developed particular expertise in sports psychology and is a sport and performance psychology consultant, accredited with the Sport Ireland Institute and registered with the British Association of Sport and Exercise Science.

He has also worked with several players from across the sporting divides on an individual basis as well as with the Irish boxing high performance unit youth division.

Padraig Murray is a native of Roscommon and teaches in Rahan parish in Killina Secondary School. A very popular individual, he was a surprise choice as Offaly minor football manager a few years ago and got the job on the back of the fine work he did with Offaly development squads in the previous years. Still living in his native Roscommon, he will be familiar with many of the Shamrocks players who have went to school in Killina and has built up an excellent rapport with many of them over the years.

Dinny Condron is the elder statesman on the management team. A farmer, he was a loyal, very competent and hardy performer for St Carthage's and then Shamrocks footballers in the 1980s and 1990s.

Shamrocks decided to seek new management after a mildly disappointing 2020. Back in senior after several years in senior “B”, they retained their senior status thanks to a first round win over Bracknagh but defeats by Ferbane and Edenderry meant that the year fell short of expectations and they did not make the semi-finals.

With a lot of fine young players in their squad and one of Offaly's most exciting prospects in Jack Bryant, they will be aiming to make the semi-finals this year.

Meanwhile local man Jimmy Conway has been re-appointed as the Shamrocks intermediate hurling manager. Relegated to intermediate two years ago, Shamrocks were hotly fancied to return to senior “B” last year but were beaten by Coolderry in the semi-final. Conway will be hoping to get them back up this year and is joined again on his management team by local men Declan Conroy, Alan O'Connell and Trevor Darcy.