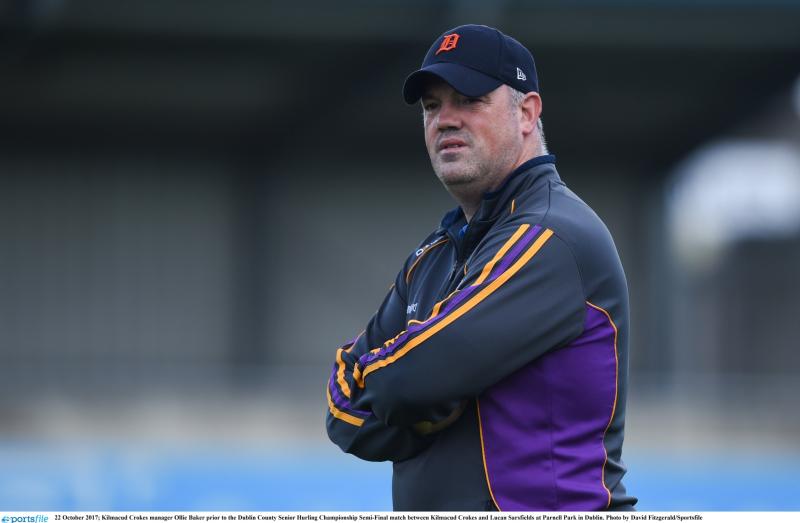 BELMONT have pulled off a major coup by appointing Clare folk hero Ollie Baker as their new senior hurling manager.

A brilliant midfielder during their glory spell in the 1990s, Baker managed Offaly senior hurlers a few years ago and Belmont are thrilled to secure his services for the year.

He replaces Kilcormac/Killoughey club man Trevor Fletcher – Belmont have been knocking on the door in the Offaly Senior Hurling Championship in recent years. They have developed into a hugely competitive outfit and have suffered a couple of agonising semi-final defeats – they were beaten by Kilcormac/Killoughey in this year's semi-final, though that was a quite poor display by them and K/K were more comprehensive winners than their four point margin showed.

A St Joseph's Doora-Barefield club man, Baker won All-Ireland Senior Hurling Championship medals with Clare in 1995 and 1997. A two time All-Star, he has been involved in a number of management teams since the 2000s – he has been a garda based in the midlands for several years, including working as a sergeant in Tullamore and he is currently an inspector.

He served as a selector with Westmeath and Clare senior hurlers before becoming the Offaly manager in 2011, where he served for two years before stepping down.

Since then, he has served as manager of Kilmacud Crokes in the Dublin Senior Hurling Championship, winning a title with them before stepping away in 2017 and now takes over Belmont. His aim with Belmont will be to bring them to a final and to win the championship for the first time.

Meanwhile Birr are continuing their search for a senior hurling manager. Barry Whelahan stepped down after their Senior Hurling Championship semi-final defeat by St Rynagh's last year. In the doldrums for a few years after their fantastic run of success from the 1990s through to the early 2010s, Birr turned a definite corner during Whelahan's tenure and they were particularly close to regaining the Sean Robbins Cup when St Rynagh's rallied late to pip them in the 2019 final.

Birr have been linked with several high profile managers and were close to securing the services of Laois manager, Seamus (Cheddar) Plunkett before the extraordinary sequence of events that saw Kilkenny man Eddie Brennan resign as Laois manager changed the goalposts – Brennan walked away after an off the record chat with former Laois footballer and online podcast presenter Colm Parkinson in which he was critical of the Laois County Board somehow made its way into the public domain. Brennan's unexpected departure after making progress over the past couple of years resulted in Laois going back and appointing former manager Plunkett.

Birr GAA chairman John Irwin confirmed Barry Whelahan's departure, thanking him for his services and the great work he did as manager. Mr Irwin stated that they are talking to people about the vacancy but are not in a position to make an appointment at the moment.