Late goals spell end of the road for gallant Offaly 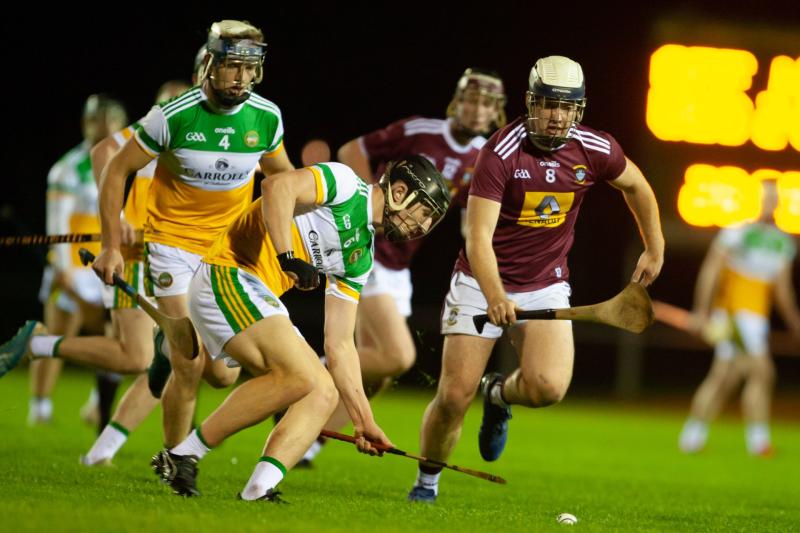 A strong second half comeback from a competitive and hard-working Offaly side was undone by two late Dublin goals in St. Brendan’s Park this afternoon, as Gary Cahill’s charges crashed out of the Leinster U-20 hurling championship on a 2-16 to 0-16 scoreline in Birr.

A slow start and a very poor performance on their own puckout were the other key ingredients in Offaly’s defeat, as they more than matched Dublin in several facets of play in this fixture.

Seven first half wides were struck by the Faithful side, including four before Killian Sampson opened their account. That made it 0-5 to 0-1 in favour of Dublin, with every one of the Dublin backs on top in their individual battles.

By the start of the 19th minute, Offaly still had just that single score on the board, but their tally increased to four in the space of the next three minutes, with Kevin McDermott, Cathal Kiely and Rory Carty all on the mark.

Again Dublin edged clear with a brace of frees from Murphy but Offaly came back again thanks to a strong performance in the tackle, and by half time they trailed by just two, 0-7 to 0-9. Dublin’s back line still was on top but by now Luke Nolan and Kevin McDermott were getting on a lot more ball in midfield, while the defensive unit – led by Padraig Cantwell at centre back – was in complete control of their sector of the field.

Cathal Donoghue cut the gap to the bare minimum with a fine score from the left wing immediately after half time, but Dublin always looked that little bit more alert when on the ball, as evidenced by a crucial point from Micheál Murphy that came from a quick sideline. Those type of scores meant Dublin still led by three coming up to the second half water break, even though Offaly weren’t going away.

Cathal Kiely, who scored 0-20 in last year’s remarkable win for the Faithful men in Parnell Park, was visibly impeded by a groin injury and he struggled to influence the game from open play, but his free taking continued to be a huge weapon for the home side. At one stage he struck a score from inside his own 45m line, into the slight breeze, and right out on the sideline, making it 0-14 to 0-13 with ten minutes to play. The next score from Brian Duignan tied up the game, and it was Offaly with all the momentum.

That was all to change in the space of two attacks. A long ball into the Dublin full back line was well dealt with by Eddie Gibbons and Tommy Kinnane, and they won a free out from their own square. A thunderous puck of a ball from Gibbons later, and play was at the other end of the field. A Dublin body emerged from a ruck of players, got a handpass away to Darach McBride, and in the time it took to swing his stick, the net was rippling.

Again Offaly replied through Kiely, but by now they had to chase the game, and gaps were left at the back. One such opening allowed Kevin Desmond to sneak in and fire in a second goal, and that was enough to see Dublin through what proved to be a very tricky assignment, far more so than the final margin of six points might suggest.