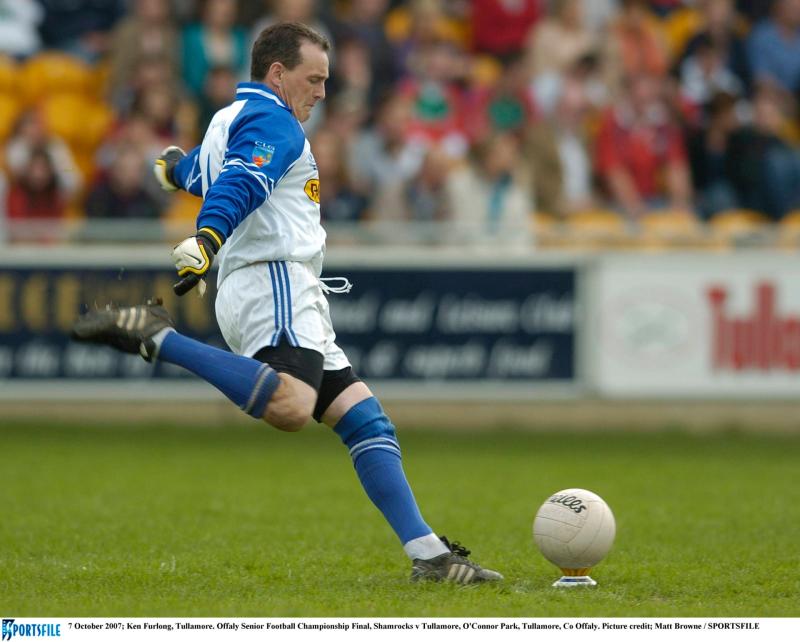 WHEN Ken Furlong was appointed as Offaly minor football manager earlier this year, he could never have envisaged a first championship clash in the middle of December.

Covid-19 and its many different restrictions has resulted in a very challenging year for the GAA but Furlong is philosphical about it and is glad that the players are finally getting a game – a quarter-final clash at home to Wicklow this Saturday in Tullamore.

“It has been a very curtailed year. Stop start, stop, start,” he remarked on Monday, adding: “We had no contact for long periods, then it was back to club football and even that was not finished. It was on, off again and then on December 2nd, we got word that it is on again.

“This year is exceptional. There are more important things than football and the group of lads realise that themselves but this is important for them. It is a day out and it is great for them.”

Becoming Offaly minor football manager was never part of a big master plan for Ken Furlong but he was glad to avail of the opportunity when it came up this year.

Unsurprisingly, he doesn't know what to expect this Saturday. “We have 31 great lads but it is very hard. We had not got the opportunity to cut it down to a tighter number when things blew up and when we came back, we brought back in the 31 fellows.”

When it was suggested that Offaly supporters are looking for any signs of encouragement at underage level, the Tullamore man remarked: “As a manager, you want to win every game you play but I will not heap pressure on these young lads. It has been so stop-start. There is no form line, we have played no challenge matches. Even when Wicklow played Longford, it was on the 17th of October. It is very hard to judge it.”

He also agreed that there was a big difference between minors as U-18s and U-17s, which they now are. “You are dealing with sixteen and seventeen year olds, maximum and there is a wide disparity between lads at this age. Some are close to full development and others aren't.”

Furlong is hoping that O'Connor Park will be a help to Offaly. “I would like to think it is an advantage. I know Jim Kelly and the groundsmen and they will have the pitch in tip top order. It is great that the lads have the chance to go out and express themselves.”

He has seen a recording of Wicklow's first round win over Longford and he remarked: “Wicklow are a fine outfit. They have big strong lads at midfield, they attack very well from the half back line and Eoin Doyle is an exceptional scorer.”