Rynagh's man claims clubs were encouraged not to vote for him 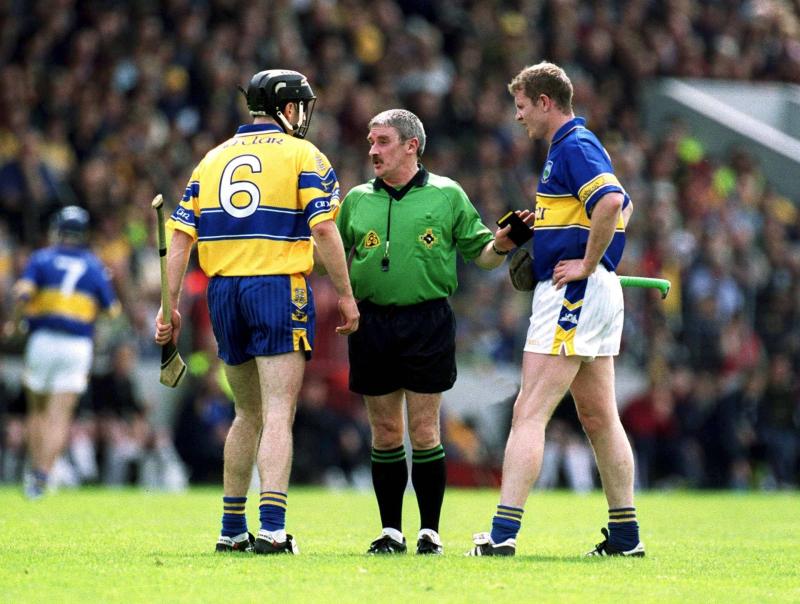 PAT Horan has stepped down as Offaly GAA secretary, withdrawing from a contest at annual Convention next Tuesday night and hitting out at a “few members” of the Management Committee for “actively encouraging clubs not to vote” for him.

Horan's shock withdrawal means that Edenderry's Colm Cummins will now be elected unopposed as secretary at Convention, which has to take place in an online format this year because of Covid-19 restrictions.

The St Rynagh's man's decision to withdraw has come as a surprise as both him and Colm Cummins had confirmed on Monday that they were running.

Speaking this morning, Horan confirmed that he had withdrawn. He said he had sent an email to clubs and didn't wish to make any further comment on the matter.

In his letter to clubs, Horan said that he had welcomed the contest and was looking forward to putting his name before delegates for re-election. He stated that he was then “extremely disappointed” to hear that a few members of the county Management Committee were actively encouraging clubs to vote against him. Describing this as “unprecedented”, he said that he had decided to step down as he felt it would adversely affect Offaly GAA to be in a position that people felt he was not suitable for.

Asked to comment today, Offaly GAA chairman Michael Duignan said he was surprised at Pat Horan's decision to opt out and he said he did not take any role in encouraging people to vote anyway in the election.

“I am surprised that Pat has decided to withdraw and I want to thank him for his service to Offaly GAA, not just as secretary but also as a referee of note for several years. I can't comment on the suggestion that members of the Management Committee were involved but I was not involved in anyway and I kept completely out of it. I am not aware of this but I am sure phone calls are made before every election.”

Mr Duignan added: “Last year I met all clubs outlining my positition and that of our group and we never engaged in any negative way about the sitting County Board. We were very respectful of everyone and we took the same view this year. It was up to clubs to vote for who they saw fit. Colm and Pat were both in touch with clubs and I am slightly surprised.”

Former Offaly hurler and footballer Duignan had ousted Tommy Byrne as chairman last year in a fiercely fought campaign. After a meeting of former county players, club officers and supporters in Tullamore, called to determine the mood for change in the County Board, a package of Duignan, Dervill Dolan, Brian Gavin (both Clara) and Colm Cummins had put themselves forward for election.

Dolan and Gavin were elected as treasurer and Leinster Council delegate respectively while Colm Cummins was beaten by Rhode's James Murphy in a vote for vice chairman. Cummins was subsequently appointed as Development Officer and after being nominated for secretary this year, he stated that he wanted to have a central position to help implement the board's strategic plan.

Both Cummins and Horan had been canvassing in recent days with clubs having until Friday to return their ballots for the contest – a postal ballot had to take place with an earlier deadline because of the unprecedented virtual Convention this year.

Horan had been County Board secretary since replacing Eamon Cusack after the Durrow man resigned in April 2018. In his email to clubs, Horan, an All-Ireland hurling final referee in the 1990s, wrote: “I would like to thank you for taking the time to speak with me on the phone over the last number of weeks.

“I have been Offaly GAA secretary for the last three years and had indicated I wished to continue for another year.  However, after careful consideration, I have now decided not to seek re-election.

“Since taking on this role I enjoyed working for Offaly GAA and it was an honour for me to serve the clubs of Offaly, to the best of my ability, in all aspects of GAA.

“When nominations closed, I welcomed the fact that there would be contests for two positions, including that of Secretary and looked forward to putting myself before the delegates for re-election. However, I was extremely disappointed to hear that a few members of The County Management Committee, were actively encouraging clubs not to vote for me.  I feel this was unprecedented and, after giving it serious thought, felt that should I be re-elected, working in an environment in which people considered I was not suitable, it may adversely affect the effective running of Offaly GAA.  I believe this would not be good for the county in these difficult times and have made my decision accordingly.

“I also wish to state categorically that my decision to step down has nothing to do with any other position I hold within the GAA.

“I would like to thank all who I have worked with over the last three years and I wish Offaly the very best in the future and will always do my best to promote and support Offaly GAA.”

It means that the only contest for Convention will be Leinster Council delegate when the two incumbents Joe Higgins (Tubber) and Brian Gavin are being challenged by Dolores Slevin (Kilcormac/Killoughey) and Eamon Phelan (Ballyskenagh-Killavilla).