O'Connor out, Kiely a major doubt for Offaly U-20 hurlers

Duignan, Ravehill and Sampson back for Dubs showdown 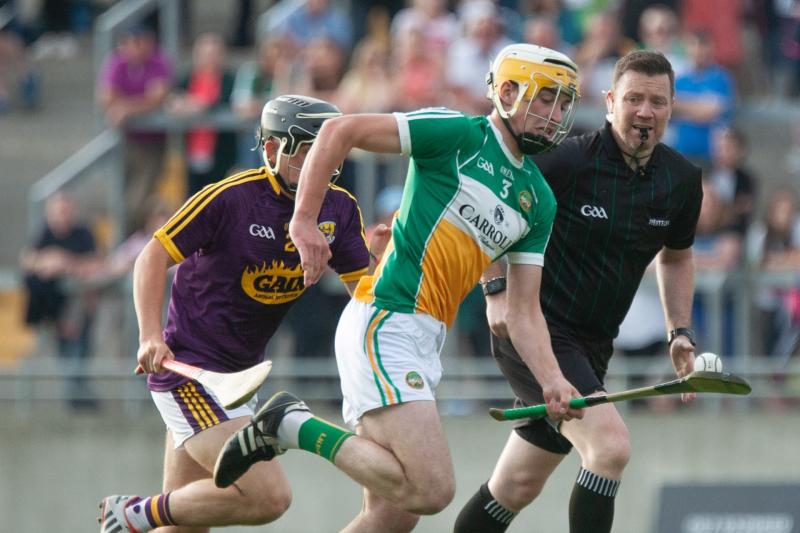 THERE has been a very mixed bag of news for Offaly as they prepare for next Saturday's Leinster U-20 Hurling Championship quarter-final against Dublin in Birr.

Offaly will welcome back Durrow's Brian Duignan and Ross Ravenhill and Shinrone's Killian Sampson but that welcome news is tempered by the fact that key forward Luke O'Connor is definitely out and star man Cathal Kiely is a major doubt.

The preparations for the first round game against Westmeath last October had been thrown into chaos on the day of the game when news emerged that Duignan, Ravehill and Sampson had to stand down under Covid-19 protocols and Offaly struggled early on.

With the wind on their backs, they didn't hit top gear in the first half, looked to be in trouble coming up to half time and they were on level terms with Westmeath five minutes from the break. However, three unanswered points gave them a crucial 1-11 to 2-5 interval lead and Offaly played really well in the second half as they pulled away for a very convincing 2-22 to 3-9 win.

Kiely had top scored that day with twelve points, five from play while St Rynagh's man O'Connor scored an important goal and a point. O'Connor is definitely out as he is getting an operation on the meniscus in a knee this Friday. He has previously got a cruciate operation on the same knee but this one is not as serious - he should be back hurling by February but it rules him out for this campaign.

That is a big blow to Offaly manager Gary Cahill and selectors Shane Hand and Adrian Clancy as O'Connor is a very opportunistic forward with good skill and pace.

Cathal Kiely is also causing them plenty of headaches as he has a gilmore groin injury. This is a troublesome injury and Gary Cahill was pessimistic about the Kilcormac/Killoughey sharp shooter's prospects of playing. “It is hard to know with it. It is touch or go with Cathal. He is receiving treatment and has an outside chance of playing but it depends.”

Offaly could definitely do with Kiely making it while Duignan, Ravenhill and Sampson will start, strengthening their hand from the Westmeath game.

It is hard to know how Offaly will perform. They looked very good in the second half of the Westmeath game and have decent prospects but the delay caused by the most recent level 5 Covid-19 restrictions could have a very adverse impact.

Every county is in the same boat though and Offaly have got in as much work as they can since being allowed to return training.

Offaly had a tremendous win over Dublin in Parnell Park last year, winning by 1-29 to 2-25 in a high scoring shoot out and that will certainly help their confidence ahead of this game.

The Offaly team won't be named until near the weekend and management will be giving Kiely every chance to make it.