Cummins and Horan in contest for Offaly GAA secretary 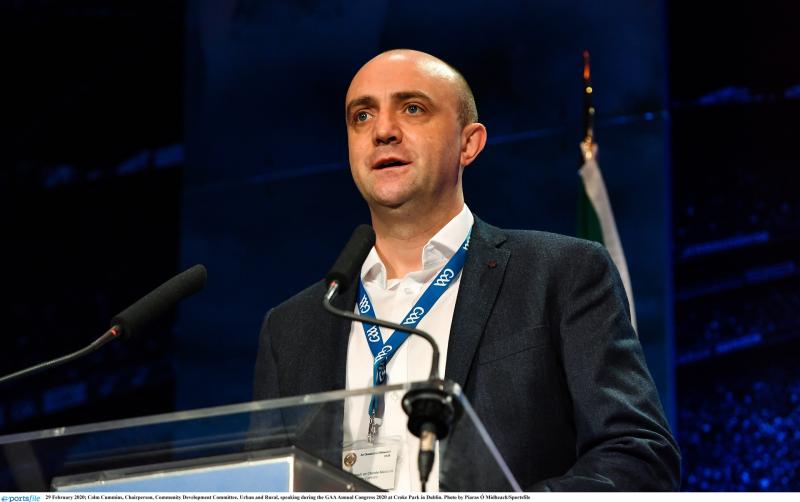 PAT Horan (St Rynagh's) will be challenged for the position of secretary by Edenderry's Colm Cummins at the annual Convention of the Offaly GAA County Board.

Both men have confirmed that they are standing and ballots have now been sent to clubs as a postal vote has to take place – Convention will take place virtually on Tuesday, December 15 because of Covid-19 restrictions and clubs must return their ballots by this Friday.

The results of the contest will not be announced until Convention on the Tuesday evening. Colm Cummins previously stated that he was considering running as he wanted a central position on the board to help implement their strategic plan.

Pat Horan has been secretary since April 2018, coming in after the resignation of Durrow's Eamon Cusack – the St Rynagh's man was one of the top hurling referees in the country in the 1990s, taking charge of two All-Ireland Senior Hurling Championship finals and a host of other top level games.

Cummins is currently the board's Development Officer – a position that is appointed on the recommendation of the chairman rather than elected. He ran for vice chairman at Convention last year but was beaten narrowly by Rhode's James Murphy.

Cummins had been part of a package that came forward last year following a meeting of former county players, club officers and supporters in Tullamore that was called to determine the mood for change in Offaly GAA. After a fiercely fought and somewhat acimonious campaign, Tommy Byrne (Gracefield) was unseated as chairman by former Offaly hurler and footballer, Michael Duignan (Durrow and formerly St Rynagh's).

Two other members of the package, Dervill Dolan (Clara) and Brian Gavin (also Clara) were elected as treasurer and Leinser Council delegate respectively while Cummins was the only one to lose out.

Gavin is now facing a contest to hold onto his position as him and Joe Higgins (Tubber) are being challenged by Eamon Phelan (Ballyskenagh/Killavilla) and Dolores Slevin (Kilcormac/Killoughey) for the two Leinster Council positions. Slevin lost out last year while Phelan served as assistant treasurer this year but has now opted to seek a change of role.

Michael Duignan has been re-elected unopposed as chairman, as have:

The voting process and counting of votes is being overseen by well known Tullamore business man, Tony Flanagan who has served on various County Board finance, fundraising and development club committees over several years.