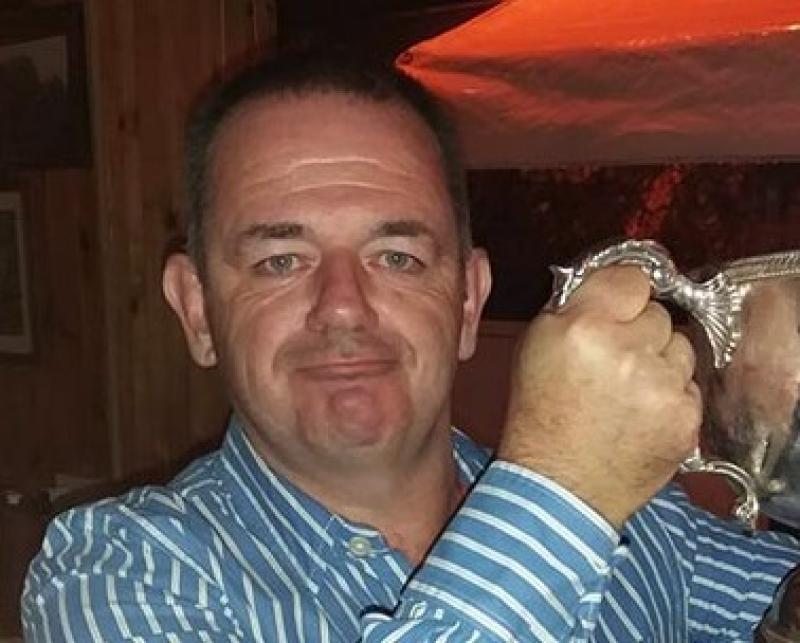 Michael McNamee has been appointed as the new Bracknagh senior football manager. He replaces a local man Barry Weldon who guided Bracknagh to the Senior “B” Football Championship and Division 2 Football League titles during his two years at the helm while they were delighted to retain senior status this year.

Rhode man McNamee will be joined by former Clara and Offaly senior footballer, Joe Quinn on the management team and selectors will be appointed in the coming weeks.

Quinn will operate as trainer and coach and the duo previously worked together very successfully when they led Ballycommon to the Junior Football Championship title in 2017 while they reached the Intermediate Football Championship semi-final the following year – where they were edged out by Ferbane.

In a surprise appointment, Quinn was the Shinrone senior hurling manager this year but their year ended in the group stages as they never fully clicked.

McNamee managed The Heath in the Laois Senior Football Championship this year – they beat Arles/Kilcruise in the first round but lost to Graiguecullen in the second round. He is the father of Offaly senior footballers, Ruari and Conor McNamee and an uncle of Niall and Alan McNamee.

Bracknagh will be hoping to progress further this year after retaining their place in the top flight. They would have been many people's tip to go back down at the start of the year, having won senior “B” in 2019 but they competed well. They were unlucky to lose to Shamrocks in their first group game, letting a match slip that was there for the taking for them well into the second half. Well beaten by Ferbane despite scoring 1-13, they competed well in their final group game against Edenderry but a 2-17 to 3-10 defeat sent them into the relegation play off.

They had a deserved win over Clara here and Bracknagh have an exciting side with some real attacking talent. The jewel in their crown is Offaly senior footballer Peter Cunningham while his younger brother Mikey is also a dangerous attacker.

Meanwhile, Cappincur are seeking a new manager after parting ways with last year's boss, Shane Courtney – a son of former Offaly senior football manager, John Courtney who replaced Eugene McGee back at the end of 1984. Courtney guided Cappincur to a famous win over Tullamore in the first round of the Senior Football Championship this year and while they didn't make the quarter-finals, they did avoid the relegation play off and secure their senior status for next year.

Cappincur GAA have now sought expressions of interest for the position for the 2021 season and will be casting their net near and wide.

Similarly, Shannonbridge are seeking expressions of interest for the position of their intermediate football manager for 2021. Intermediate champions in 2019, Shannonbridge struggled badly in the Senior “B” Football Championship in 2020 and were beaten bty Walsh Island in a relegation playoff.