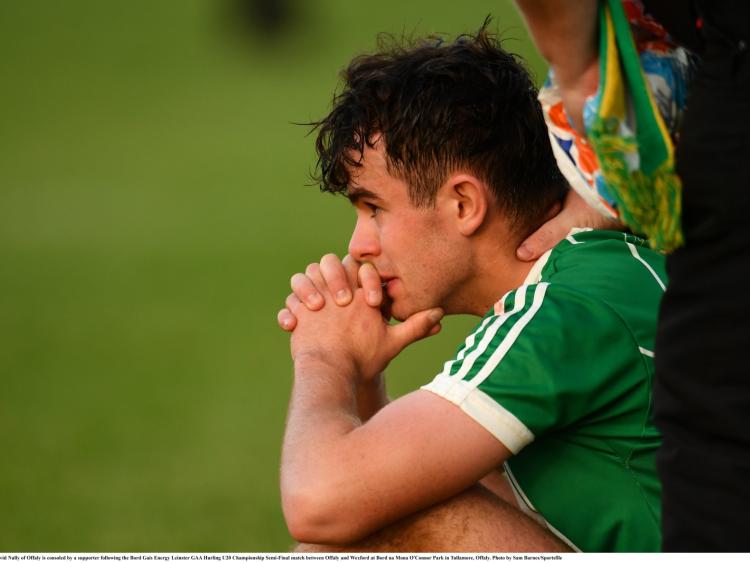 THE Offaly senior football and hurling teams have been announced for their big championship showdowns this weekend.

The footballers have made two changes for Sunday evening's Leinster Senior Football Championship quarter-final against Kildare on Sunday in Portlaoise while there are no big surprises on the hurling team for the Christy Ring Cup clash against Derry in Newry on Saturday afternoon.

The injured Shane Horan is replaced by Edenderry's Cian Farrell in the attack. The Kilmacud Crokes man limped off during the first half of last Sunday's win over Carlow and has not won his battle for fitness. Farrell did very well when introduced a few minutes later for Aaron Leavy, getting some crucial scores from frees and play. Farrell will play at corner forward with Peter Cunningham moving out to fill Horan's place on the half forward line.

Jordan Hayes, however, has been declared fit to start and will partner Peter Cunningam at midfield. The Edenderry man dislocated a toe while scoring a fabulous 18th minute goal and had to be assisted to the line. He told manager John Maughan immediately after the final whistle that he would be fit to start and his movement and composure on the ball is an important asset to Offaly.

The other change sees Joey O'Connor of St Rynagh's come into the half back line in place of Clara's Colm Doyle. Doyle did well for a good spell last Sunday but was taken off during the second half as he was in yellow card trouble. O'Connor replaced him for the last seventeen minutes plus over five minutes of injury time and did well enough to get the nod for Sunday's big game.

Apart from them, there is no changes and as expected Rhode's Anton Sullivan and Niall McNamee have retained their places in attack – the duo were only used as subs in the National Football League defeats by Tipperary and Derry but both performed very well last Sunday and are pivotal to Offaly's prospects of an upset win.

The footballers have not named their subs but hurling manager Michael Fennelly and selectors have named their full panel. Forced to concede a walkover to Kildare in their first game after a positive Covid-19 case in their attack, this is their first competitive game since the league last Spring.

Coolderry's Stephen Corcoran makes his championship debut in goals, having come on as a sub in the league win over Wicklow earlier i n the year. Ben Conneely and Cillian Kiely will occupy the pivotal full and centre half back positions while Eoghan Cahill will partner David Nally at midfield. Jason Sampson and Oisin Kelly will lead the attack as Offaly bid to secure their semi-final place.

The hurling game on Saturday will be streamed live by the hosts, Down GAA, through ‘Pairc TV’ and this is the link to purchase and watch: https://www.pairctv.com/events/stgbiszt

Meanwhile, the football game will be streamed on the GAAGO platform, via this link: https://www.gaago.ie/fixture/PC5-20-F-LQF2