Weekend of destiny for Offaly senior footballers and hurlers 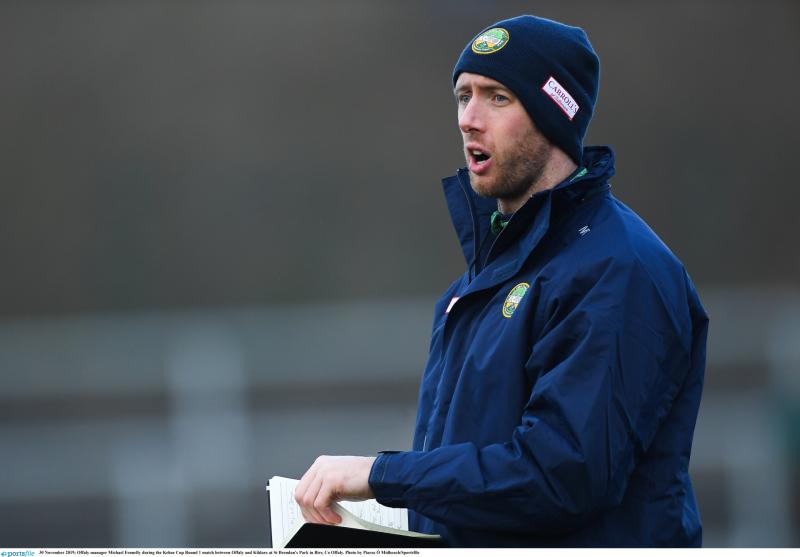 IT is make or break time for Offaly senior hurlers and footballers with both facing into season defining clashes this weekend.

The hurlers travel to Newry to meet Derry in the Christy Ring Cup on Saturday while the Leinster Senior Football Championship quarter-final between Offaly and Kildare is in Portlaoise on Sunday with a 5.30pm throw in.

The footballers got their Leinster championship campaign off to a winning start on Sunday when they edged out Carlow by 3-14 to 0-20 in a high scoring shootout in Bord na Mona O'Connor Park. Eight points up, 3-13 to 0-14, with thirteen minutes left, Offaly ended up hanging on for dear life, scoring just one more point and conceding six on the trot as Carlow brought the gap back to two.

It was a lot closer than Offaly would have wished and it was another edgy performance with the winners mixing the good with the mediocre and not finding true consistency. They will now be underdogs for the big game against Kildare and with no second chance in operation this year, Offaly will be hoping that they can click into top gear on the day.

The hurlers will be glad to get into action after their aborted game against Kildare a couple of weeks ago. A positive Covid-19 test for a player resulted in the panel being declared as close contacts and they conceded a walkover. Fortunately, however, it did not prove fatal as there was a second chance in the Christy Ring Cup but it is knockout from here on and Offaly will be favourites to beat Derry on Saturday.

Offaly manager Michael Fennelly was not happy with the HSE decision to deem all Offaly players as close contacts. “I didn't agree with that decision. We wanted to play but it was taken out of our hands. The fact is the entire session (where the affected player trained) was outdoors, that is the key. There was no relevance to any other case. Fair enough if we had been indoors for an hour but we hadn't been. It was very unusual but the day after, I was moving onto the next game and the next training session. Lads were tipping away on their own and not dwelling on it,” the Kilkenny legend said this week.

Another player subsequently tested positive for Covid with the remainder coming back negative and while both infected players are now available for selection after the end of their period of isolation, their fitness will be monitored this week before the team is announced.

Offaly were dismayed to be relegated to hurling's third tier last year but are warm favourites to win the Christy Ring Cup. Roscommon and Sligo also clash on Saturday with Down and Kildare awaiting the two winners in the semi-finals.

Offaly didn't gain promotion from Division 2A of the National Hurling League earlier this year after losing to Kerry and drawing with Antrim but the Christy Ring Cup is not as strong and they are favourites to win it outright.

There have been changes to the Offaly panel since the long Covid-19 enforced break. Belmont's Mark Egan and Leon Fox and St Rynagh's Sean Dolan have left the panel due to a mixture of injury, work and personal reasons while Seir Kieran's Adrian Hynes, Kinnitty's Paddy Delaney and Clodiagh Gaels' Joey Keenaghan have been added to it.

Offaly did consider fielding their U-20 team or drafting in an alternative team of former county stars and club players once it became clear that they were in trouble for the Kildare Christy Ring fixture but Fennelly stated that they quickly ruled it out – the Kildare game was just three days after Offaly's Leinster U-20 Hurling Championship win over Westmeath and he said it would have been “highly disrespectful” to “throw them under the bus”. Similarly, they decided against getting other players in as it would have got very “messy” and many of them wouldn't have played in weeks.

“We had no choice but to forfeit. It was taken out of our hands once they were deemed close contacts,” he declared.

The two Offaly teams are likely to be announced on Friday and the footballers have injury problems. Midfielder Jordan Hayes and half forward Shane Horan both went off injured during the first half of the win over Carlow. Hayes dislocated a toe in the process of scoring a fantastic goal in the 18th minute while Horan was also assisted to the line a few minutes later.

Manager John Maughan is hopeful that both will be available. “He (Jordan Hayes) is a tough guy and the first thing he said to me after is he will be fit to play next Sunday. You would expect that type of reaction from him. We will have to monitor him and see how he goes. Shane Horan is the same,” he said after the game.

The Mayo man was not happy with the Offaly performance, despite the win. “It is all about winning championship games. We are disappointed with the way we played but the bottom line is we won the game and we have to be satisfied with the fact that we won the game and get an opportunity to go out and express ourselves and to be much better next Sunday.”

Offaly had started Rhode's Anton Sullivan and Niall McNamee after both had been used as subs in the National Football League Division 3 defeats by Tipperary and Derry. Both fully justified their selection with McNamee punching a crucial early goal and Sullivan getting two points in a fine individual display. Both are certain to start on Sunday and there won't be many changes, unless those injuries force them.

* See Midland and Tullamore Tribune this week for previews of both games and interviews with Michael Fennelly, John Maughan and Offaly footballer Anton Sullivan.