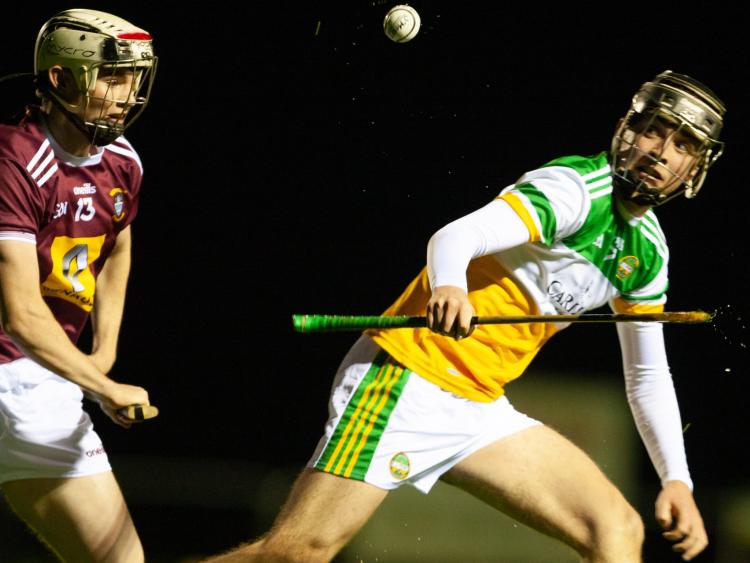 DESPITE struggling for much of the first half with the wind on their back, Offaly manager Gary Cahill was happy with the way his squad performed in last week's Leinster U-20 Hurling Championship win over Westmeath.

Offaly's preparations had been thrown into chaos when three of their key players, Durrow's Ross Ravenhill and Brian Duignan and Shinrone's Killian Sampson had to withdraw under Covid-19 protocols.

And Cahill spoke about the impact this had. “When you walk into the dressing room, it is going to take the lads a bit of time to aclimatise to what you want to do. Even the first five or six minutes, we were totally dominant but we had five wides. We were on top, we were using the ball and we were working. Once the work rate came in and the boys gained a bit of confidence, you would be happy with them. We were creating the chances in the first five or six minutes.”

Earlier in the day, Offaly had to absorb the news that the U-20 and Minor championships would not be allowed to proceed under level 5 restrictions but Cahill was happy that it was quickly confirmed this game would go ahead – the restrictions did not come into force until midnight on Wednesday.

“The way we had planned for the last couple of weeks was we brought in five or six extra lads because we didn't know what was going to happen. The very minute we were told today there was three out, we had three in. That was an opportunity for three lads to come from 18 to 15 and 15 to 12 and from 27 to 24. You could be negative but we took it as it a positive.”

Despite the Covid issues, the Birr man wanted the game to go ahead. “We have to be realistic. For a lot of the young lads, this is their down time. This is where they get out. They are in fresh air, they are hurling, they are doing things they want to do. 100%, all of the protocols have to be followed. Tonight we had three dressing rooms and there were ten in each dressing room. We are doing everything we have to do, we are togging out in the stand, we have marquees there behind us. We were doing temperatures, lads have face masks. 100% this is what the guys want to do, they want to hurl.”

Asked about now having a six week break before they might play again, he joked about letting the U-20s play Kildare in the Christy Ring Cup last Saturday – at the time, news was breaking that a Covid-19 case was likely to lead to the Offaly senior hurling panel being unable to play and in the wind up they conceded a walkover.

“Shur it is an Offaly team, we won't say no to anything. Ah look, I'm only having a joke. At this moment in time it is six weeks and we will probably have to go back to training in pods. You never know, hopefully in three or four weeks time, they could decrease the numbers. There is a few boys in the senior set up. The senior set up has been very good to us. You saw our work rate tonight, that comes from what lads are doing in the senior. I am devastated about what is happening with the senior team because I have seen how hard they have worked at training.