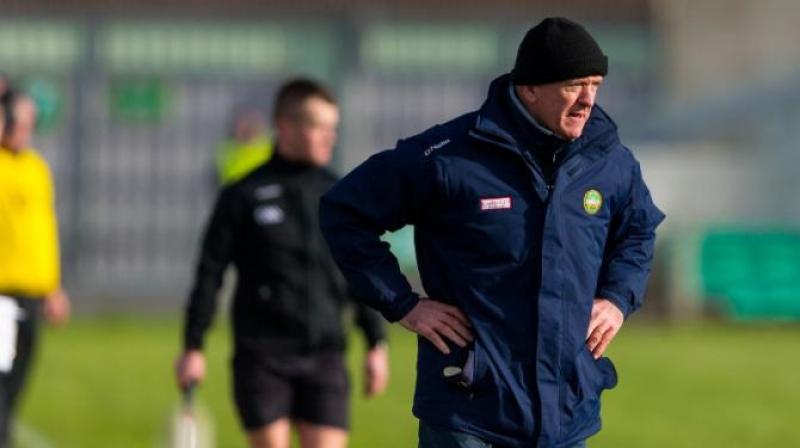 AS visiting manager John Maughan remarked afterwards, Offaly were not that far away but his disappointed manner was that of a man who knew his side weren't quite good enough on the day as they went down to a disppointing 1-16 to 0-16 defeat against Tipperary in Thurles's Semple Stadium.

Played in a surreal atmosphere with no spectators present and the remainder of the season shrouded in doubt as people await tomorrow's Government announcement, it was easy to understand why Maughan was so downbeat.

With Leitrim conceding a walkover to Down on Saturday night, Offaly should still be safe from relegation with a home game against Derry fixed for next Sunday. With Louth already relegated, Offaly are two points ahead of Leitrim in the table but this was an opportunity to make their status mathematically certain. It was an opportunity that Offaly never quite looked like grasping, even though they were competitive throughout and snapping on Tipp's heels to the end.

It was a strange sort of performance by Offaly. They worked hard and brought good physicality to the table but they were definitely below their best. They were not quite sharp enough, not clinical enough up front and they struggled once the ball got past the midfield zone.

It wasn't that Offaly missed a lot of chances. They only had a few real bad wides but even more crucially, they struggled to create chances and decent openings. Some of the credit for this goes to a very efficicient Tipperary defence but Offaly also contributed to their own tale of woe. Their attacking play was just not sharp enough as they struggled to break tackles and find a man in space. It was fairly predicatble and lethargic and it is the main reason Offaly lost here.

They did take to the field without three of their marquee forwards. Cian Johnson was injured and didn't feature at all while Anton Sullivan came on as a half time sub and McNamee was thrown into the fray with twenty minutes up. They did improve things a bit but even at that, Offaly's

attacking play was still not convincing.

The most disappointing part of the afternoon was the football Offaly played when Tipperary were reduced to fourteen men after one of their best forwards, Jack Kennedy got a black card in the 52nd minute. It was set up for Offaly at this stage as they were trailing by 1-12 to 0-14 and it was very much in the balance.

Offaly, however, failed to take advantage at all and they were particularly poor in the ten minutes that Kennedy was off the field. Tipperary did do well in this spell, retaining possession very well and frustrating the visitors but Offaly's work rate, their pace and intensity did not seem quite right. Whatever the reason, Offaly didn't score while they had the extra man and Tipp got two points from very effective sub Liam Boland to lead by 1-14 to 0-14 when Kennedy came back on.

Then excellent midfielder, Liam Casey floated over a great point to make it a four point game and Offaly were chasing their tail from here on. Conor McNamee blasted over a point, going for goal from an acute angle while Conor Sweeney and Peter Cunningham exchanged late points as Tipperary held on for a fully deserved win.

It was that kind of game for Offaly. They were there or there abouts the whole way but Tipperary always looked to be that bit better. Tipperary built a strong foundation in the opening quarter, leading by 0-5 to 0-1 after thirteen minutes in a very poor period for Offaly. They were 0-7 to 0-3 up after seventeen minutes and Offaly's first point from play only arrived in the 18th minute – and that was from a defender, Johnny Moloney.

Bernard Allen, who got two first half points off very limited ball, added one as Offaly improved and it was 0-8 to 0-6 when the Tipp goal arrived in the 30th minute – Paddy Dunican did well to save from Conor Sweeney but when Sweeney got the ball again, he was fouled by Declan Hogan and expertly converted the resultant penalty.

The Offaly defence lived dangerously for a spell and Eoin Rigney made a great goal line save to deny Kevin O'Halloran after the Offaly defence coughed up the ball with Paddy Dunican out on his line.

Offaly got the closing three points to trail by 1-8 to 0-9 at the break and that was a good position to be in, considering the way the first half went.

It looked like Offaly might make it for a while in the second half as they played with more cut and thrust. They had the gap back to two points on two different occasions and then one on two others and there was an opportunity there for them. It beckoned loud and clear when Kennedy got that black card but it didn't happen for Offaly after this.

Overall, it was a disappointing Offaly display. Eoin Carroll was excellent in defence at times while Johnny Moloney and Eoin Rigney also did well. Jordan Hayes was very effective at midfield when driving forward but from here in, Offaly were in trouble. Ruari McNamee spread some quality ball around in the first half in particular and Peter Cunningham had good moments but overall, Offaly didn't create enough chances.

Full report and match analysis in Tullamore/Midland Tribune on Wednesday.