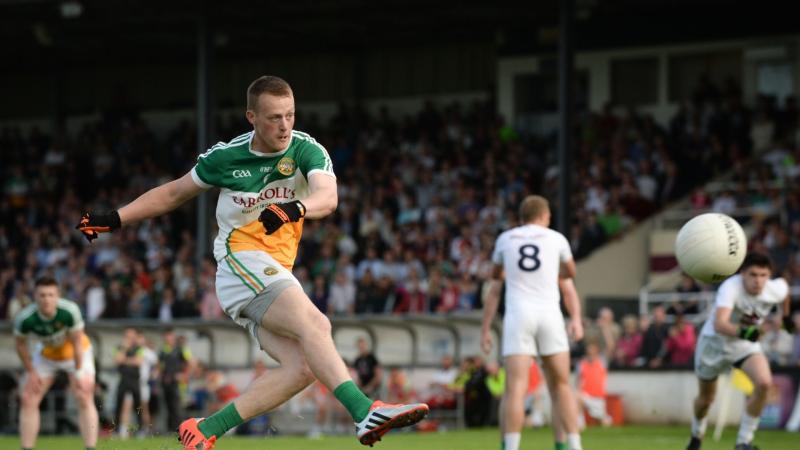 OFFALY have opted against starting Niall McNamee and Cian Johnson for the resumption of Division 3 of the National Football League with a difficult trip to Thurles to face Tipperary.

Ferbane man Johnson, one of the dealiest finishers in Offaly, is carrying a groin and ankle injury and manager John Maughan and selectors have decided against including him in the starting fifteen.

While it was expected that Johnson would not start, the absence of Niall McNamee is a surprise. McNamee was in outstanding form as Rhode regained the Senior Football Championship and Maughan confirmed last Monday that he was back on board on the panel. The subs have not been announced yet.

There are no big surprises in the team announced this evening, though there will be a new look midfield pairing of Tullamore's Aaron Leavy and Edenderry's Jordan Hayes. Both were in fine form for their clubs this season and Leavy is likely to be asked to operate a holding role at midfield with Hayes covering more ground.

Cappincur's Eoin Carroll has been named at wing back while Cathal Mangan (Kilclonfert) is wing forward but is likely to be asked to come out to help his midfield. Peter Cunningham will lead the full forward trio with Cian Farrell and Bernard Allen each side of him in a strong inside line.

A point on Sunday will be enough to secure Division 3 status for Offaly for next season and it will be interesting to see how they perform after their long Covid-19 enforced lay off. They are scheduled to play Derry in Tullamore in their final league game on Sunday week though Government announcements over the weekend could well scupper sport for a few weeks.

Meanwhile the Offaly senior camogie team have conceded a walkover to Cork in their championship opener this weekend. Offaly Camogie released a statement this week confirming their withdrawal from the first round fixture due to a member of their management team being diagnosed with Covid-19. The statement added: “In addition a number of our players are self isolating due to unrelated cases”.

There had been speculation earlier in the week that Offaly would not be fielding against Cork but their Premier Junior Championship match against Clare in Ennis tomorrow (Saturday) is going ahead as fixed at 2.00pm.