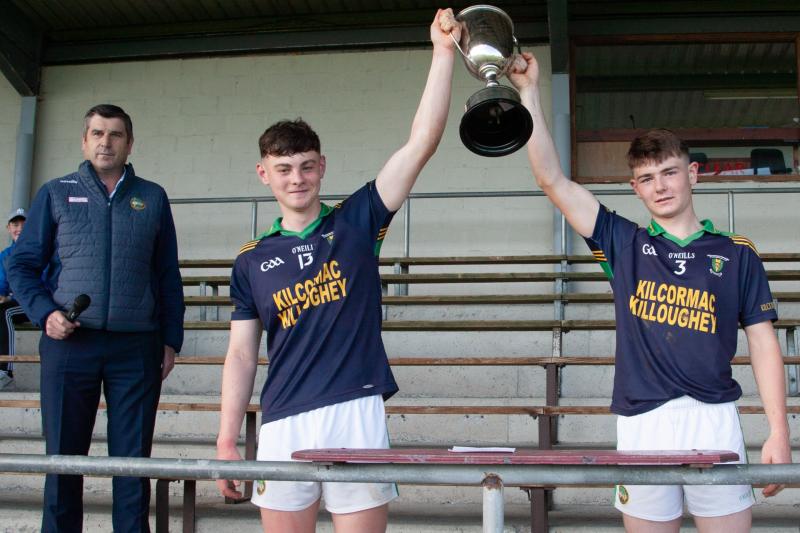 OFFALY minor hurlers will be very much entering the unknown when they welcome Laois to Birr on Saturday next for the first round of the Leinster Minor Hurling Championship.

With just a couple of weeks collective training under their belt and Covid-19 uncertainity permeating the air, it is certainly a year like no other.

A knockout championship in this Covid restricted year means it is all down to the day and Offaly manager, Leo O'Connor just doesn't know what to expect.

A proud Limerick man, living in Newport, Tipperary, O'Connor is in his second year as Offaly minor hurling manager – after a narrow first round loss to Wexford last year, Offaly suffered heavy defeats at the hands of Dublin and Kilkenny before Kildare evicted them from the championship, edging a high scoring extra time shootout.

O'Connor brings a wealth of experience to the table. As a player, he played in Limerick's defeat by Offaly in the 1994 All-Ireland Senior Hurling Championship final and he has built up a glowing coaching repuation in his native county.

Along with Shane Fitzgibbon, Ger Hegarty, Mike Galligan and Frankie Carroll, he helped set up and run the flourishing Limerick underage academy for twelve years. He has managed every Limerick county team from U-14 up to intermediate level, including minor and U-21 – he led Limerick to an U-21 Munster title in 2011.

Asked about how difficult this year has been, he said: “It has been very difficult. Clubs and in fairness, parents are making an unbelievable effort to get kids right. There is information coming back at all times. At some stage, nearly everyone has been in contact with someone who has had Covid. It is difficult to store and keep that information. We are trying to make sure everything is done right.

“We are only back two and a half weeks. The whole year has been stop-start. It is very hard to know and Covid is ongoing. There is no back door, it is all on the day. It is back to the old way and minors do need a couple of games to really develop.”

O'Connor spoke about the standard of underage hurling in Offaly. “It is improving. It is really a matter for clubs to grab a hold of the situation and do the work at club level. This year, the emphasis has been on the clubs and hopefully they are doing the work.”

What sort of shape were the players in after returning to you from club action?

“Their fitness levels are good but club hurling and county hurling are two different things. County hurling is faster, sharper and we are trying to get as much tactics into the situation as we can.”

He has a couple of injury worries that he hopes will clear up while he has five of last year's squad still available: Mark Troy, Joe Hoctor, Luke Carey, Charlie Bracken and Luke Watkins.

He has been operating off a panel of thirty, with the usual quota of players “coming and going”.

While Offaly have a promising team, they will have to be on form to surivive Saturday's first round and this game will dictate their year.