Shinrone and Coolderry to meet in south Offaly final 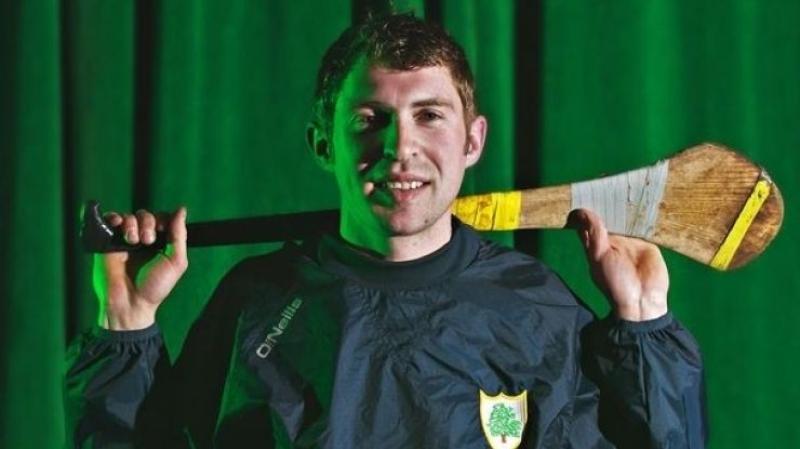 Championship favourites Shamrocks crashed out on Sunday evening in Birr after being beaten by three late Coolderry points in the Intermediate hurling semi-final.

It is a disastrous end to the year for Shamrocks. Having come down from the Senior ‘B’ grade last year, they were strong favourites to recover and go straight back up but were beaten at the death by a strong Coolderry team.

Coolderry on the other hand will relish the challenge of another meeting with Shinrone. They were beaten by three points by Shinrone on the last day just two weeks ago and this will be a huge boost to hurling in Coolderry following a poor year for their Seniors.

The first half was a low scoring affair with both sides struggling to cope with two strong defences. Coolderry registered the first score of the game courtesy of Will Malone in the first minute. Shamrocks responded soon after and a ‘65’ and two frees from Glenn Mooney settled Shamrocks into the game and gave them a two-point advantage inside the first seven minutes. Coolderry pulled level through Will Malone and a free from Cian Burke left the sides level at 0-3 each at the first water break.

Coolderry were much the better side in the second quarter and a Cian Burke ‘65’ put them ahead. However, Brian Tyrell put over a fine effort from the sideline to level it again with just over 20 minutes played. Coolderry began to build some momentum after Tyrell’s effort and scored four in a row from three Cian Burke frees and a Shane Ryan point from play. With half time approaching, it looked as if Coolderry would have a significant lead until Glenn Mooney pulled on a loose ball and it dribbled past James Gannon in the Coolderry goals for the first goal of the game. Kieran Dooley blew his half time whistle to leave it a one-point game at the break, 0-8 to 1-4.

Shamrocks levelled and opened the scoring of the second half through a Cathal O’Brien long range free. Brendan O’Meara restored Coolderry’s lead before Mooney and Burke both traded frees as Coolderry maintained their one-point lead. David O’Toole Greene drew Shamrocks level before they got their second goal of the game.

A long Cathal O’Brien free dropped short into the square. Brian Kearney took it from the sky in spectacular fashion, turned and kicked the ball into the net. The goal gave Shamrocks a three-point lead, as Dooley blew for the second water break of the evening.

With the resumption of play, Coolderry quickly found their stride again and were level with 53 minutes played, thanks to points from Will Malone, Ciaran Teehan and substitute Stephen O’Connor.  Mooney put Shamrocks ahead 56 minutes in from a free, but Cian Burke equalised.

With momentum now on Coolderry’s side, Shamrocks were in big trouble. Will Malone pointed in the 60th minute to put Coolderry ahead as Shamrocks began to struggle to feed their hungry forwards. Ciaran Teehan capitalised on a rare Dan Heffernan mistake to put Cooldery two in front while another free put the Coolderry men three in front to put the game beyond reach for Shamrocks and to power Coolderry into the Intermediate hurling final on a score line of 0-18 to 2-9.