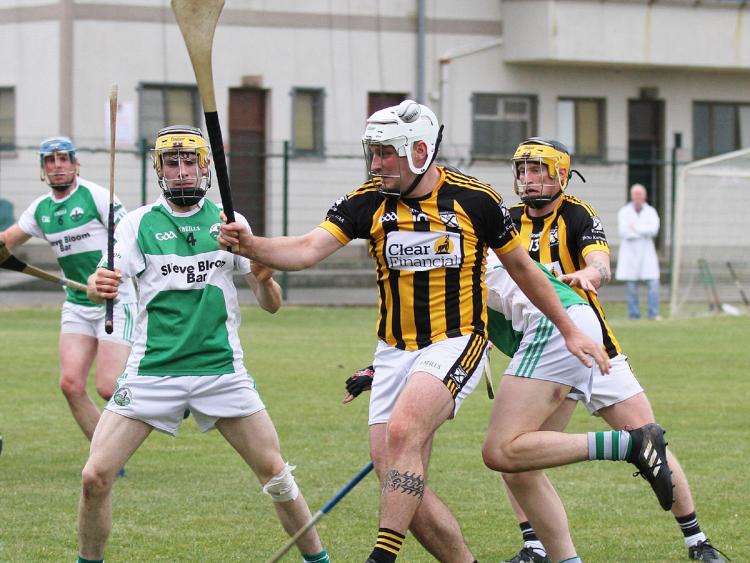 THERE may be the little matter of a final against Drumcullen to come but Kinnitty achieved their main objective for the season when a deserved win over Clodiagh Gaels in Bord na Mona O'Connor saw them return to top flight hurling for 2021.

The final will take on its own life but this was the biggest game of the year for Kinnitty and they will be delighted with the manner in which they performed, particularly in the second half. With the two finalists being promoted to senior as it returns to ten teams in '21, this was make or break time for Kinnitty.

One of Offaly hurling's great clubs, the winners of nine senior titles and the home of some of the game's greatest figures, their relegation from the top flight last year was not a surprise at all and had been coming for a few years. However, their desire to get back up was massive and they achieved it with a very composed and professional second half performance here.

It was far from easy as the Killeigh-Killurin amalgamation pushed them every inch of the way but over the hour plus, Kinnitty were the better side and a four point winning margin was a fair reflection of the way this went.

Clodiagh Gaels were not far away at all but their tactic of pulling forwards down the field and leaving Kinnitty centre back Paddy Delaney sitting on his own in front of his own full back line backfired. Delaney had a great game, handling high ball with great confidence, mopping up several breaks and having way too much time to decide where to place his clearances.

James Dempsey was also superb in goals, apart from one uncharacteristic second half display where the butt of the post saved him from a Clodiagh Gaels' goal while corner backs, Conor Hardiman and Willie Molloy also excelled in a very tenacious Kinnitty defence.

With the Langton brothers around, they had to be on their toes and while they kept Conor reasonably quiet, Liam really came into his own in the second half after a tame first. He showed great opportunism as he got five points from play and his influence really grew as the second half progressed. Unfortunately for Clodiagh Gaels, his colleagues struggled to make much headway. They did have good flashes but in general, the Kinnitty defence had a solid afternoon.

Brian Coughlan did a mountain of work at midfield for Kinnitty, a lot of it in the unseen variety as he foraged for dirty ball and limited the influence of Clodiagh Gaels' midfielder Dwayne Dunne who was excellent at times and one of their main men.

As usual Colm Coughlan top scored for Kinnitty with his seven points coming from placed ball. Without being as prominent as we expected, Shane Kinsella did a lot of good things for Kinnitty, getting a spectacular late point at a crucial stage and ensuring that Clodiagh Gaels didn't take their eye off him for one second. Aodhan Kealey also had his moments before being replaced late on but as a unit, the Kinnitty attack have definite room for improvement.

Credit to the Clodiagh Gaels defence for this. They were so honest and diligent in the way they went about their business with Sean Beattty, Peter Walsh, Aaron Flanagan and Daryll Kilroe catching the eye at different times.

With promotion on offer and the stakes so high, it was no surprised that the first half was a tough, no holds barred quite nervous affair. It was nip and tuck the whole way through and at half time, Clodiagh Gaels were in with a great chance of a memorable win. Kinnitty started well with the first three points but Clodiagh Gaels got the next three. It was 0-4 each when Aodhan Kealey got a fine Kinnitty goal in the 12th minute, making a super catch from a Conor Meaney delivery. Kinnitty were 1-6 to 0-5 ahead before Clodiagh Gaels played their best hurling, scoring four on the trot to level it up.

At half time, Kinnitty led by 1-8 to 0-10 and it was very much in the balance. In the second half, however, Kinnitty upped their performance by a couple of notches and Clodiagh Gaels couldn't match them. The winners went 1-11 to 0-11 clear before Liam Langton began to open up and reduced it to the minimum with two points, one free. The decisive score was Kinnitty's second goal in the 45th minute with Tommy Leahy finishing well after trojan work in defence by James Hardiman.

Colm Coughlan added a free and a 2-12 to 0-13 lead was a big one for Kinnitty at that stage. Clodiagh Gaels fought with everything they had and did well to get it back to three points on three occasions but ultimately they didn't really push enough players forward to get a match saving goal and Kinnitty were able to lift the siege each time they came at them.