Shinrone run riot in second half to reach Intermediate Final 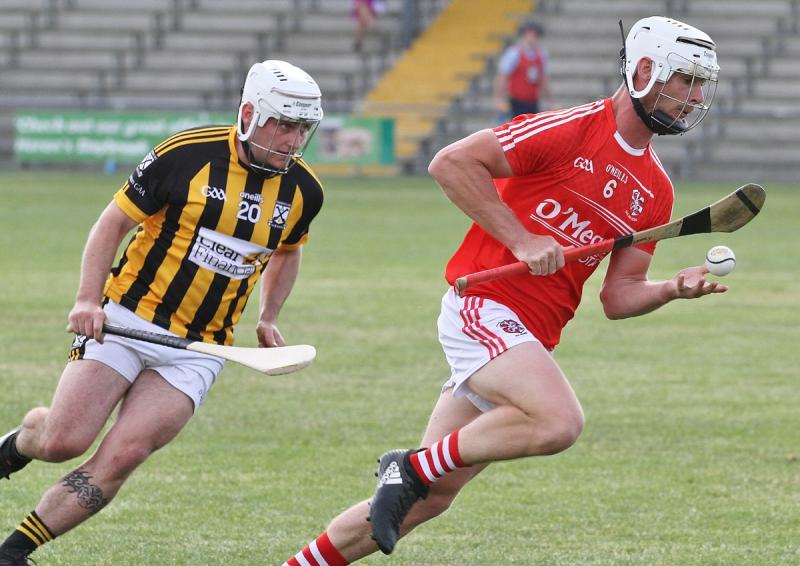 It was a disappointing year for Shinrone seniors but their intermediate hurlers are providing plenty of consolation.

An early second-half blitz from Shinrone ensured they will contest the Intermediate hurling final after a lively encounter in O’Connor Park this evening.

St Rynagh’s had got a slightly upper hand at the end of the first half and led at the interval by 1-10 to 1-7 and were marginally the better side.

However, that changed in dramatic fashion in the next quarter as Shinrone added three goals to take a commanding lead.

The opening 10 minutes in particular in the second half was when the real damage was done and St Rynagh’s never recovered.

Shinrone had drawn level with a goal from David Murray with the second half just three minutes old.

St Rynagh’s only managed one point in the opening quarter of the half through their chief marksman Ger Scales.

Shinrone, on the other hand, hit a rich scoring form and their third goal came when Brian Loughnane flicked to the net with 37 minutes played.

A minute after that, Shane Sampson drove a free to the net from distance and Shinrone were in front by 4-7 to 1-11 and in the driving seat.

Shinrone continued to dominate after that and added a further 7 points to 0-5 from St Rynagh’s to comfortably seal a place in the final.