Adult games to go ahead but situation will be monitored closely 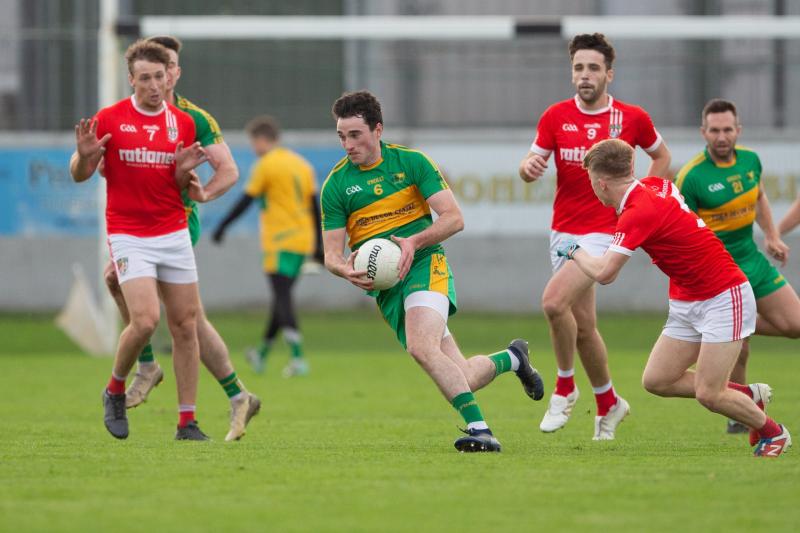 ALL underage GAA fixtures have been cancelled in Offaly until this Monday, September 28 and while adult fixtures are going ahead at the moment, this could change at any moment.

The decision was taken this evening by the Offaly GAA Competitions Control Committee in the wake of a growing number of Covid-19 cases involving club players.

In a message to clubs this evening, Offaly GAA chairman Michael Duignan said they had been notified this afternoon of a small number of GAA players testing posive for Covid. Stressing that they have not been linked to any GAA activity, he said it has resulted in a significant number of players now being designated as “close contacts” by the HSE in GAA clubs across the county.

Stating that it is significantly impacting on the ability of some clubs to field teams, he said that they have now decided to postpone all underage fixtures, including U-20 games that were fixed tonight, until Monday, September 28 to give them a chance to “assess the evolving situation”.

“There is a high level of cross over at underage level so we are anxious to reduce contacts across the county,” he wrote.

Mr Duignan said it was their intention to proceed with adult fixtures but he admitted: “The situation will require close monitoring and circumstances could change at short notice.”

The timing is very unfortunate for Offaly GAA as the season enters its peaked period – the main adult football championships are down to finals with the senior, senior “B”, intermediate and junior all fixed for the weekend of October 3/4. The senior, senior “B” and intermediate hurling semi-finals are on this weekend but as things stand, a cloud hangs over the chances of all games going ahead as fixed.

Mr Duignan appealed to all players and officials to redouble thier efforts to follow all protocols and guidelines laid down by NPHET and the GAA Covid Advisory Group.

The decision to cancel underage games comes in the wake of a number of Covid cases involving students in secondary schools in the county, resulting in entire years being asked to isolate in some cases.

There was controversy earlier today when St Patrick's conceded a walkover to Na Fianna in an U-20 Football Championship fixture tonight after their initial pleas for a postponement were turned down. A game between Clara and St Manchan's was called off later because of a Covid case in Clara and refixtures will now be made for all games – if the championship does get to proceed.

St Patrick's are an U-20 amalgamation of Edenderry and Ballyfore and they had 9 players on the Edenderry senior panel who were told to isolate and be tested after one of their players had a positive Covid test late last week. That positive result initially placed Saturday's Senior Football Championship semi-final between Edenderry and Rhode in doubt but the go ahead was given by the GAA and HSE for it to proceed after his team mates were deemed to be casual contacts.

The player had trained with Edenderry the previous Tuesday night and on Sunday evening, Edenderry GAA were informed by the HSE that they had looked at the case again and that all players who had trained that Tuesday were now regarded as “close” rather than casual contacts. As a result, they had to isolate and not go to work until tested early this week. That decision has serious implications for the GAA and their ability to get their programme of games completed.

If any of the player's team mates come back with a positive result this week, there will then be a spin off for Rhode, who are almost certain to be told to isolate and get their players tested then – Rhode play Tullamore in the senior football final on October 4.

Up to this, Offaly GAA have treated Covid cases the same as ordinary illnesses and injuries and ruled that games must proceed as fixed. Earlier today, Michael Duignan issued a statement to clubs stating that they had made some difficult decisions relating to fixtures going ahead and Covid cases and he appealed to understanding as they tried to get their championships completed before the start of inter-county action in the middle of October.

However, as the afternoon wore on and more clubs made contact about difficulty fielding teams because of Covid cases or tests, it became clear that more radical action was needed and thus the decision was taken to cancel the underage and U-20 games.

The escalating situation now places real doubt on the prospects of Offaly GAA completing their club programme and of intercounty action taking place at national level, though there are hopes that both will happen.