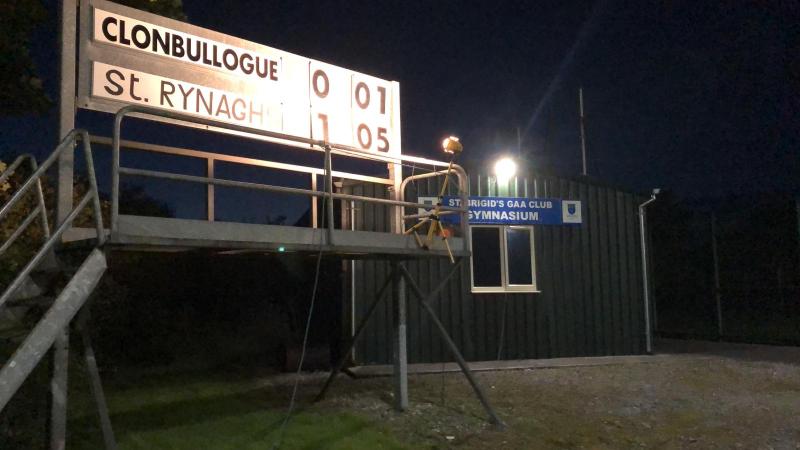 ST Rynagh’s held off a second half revival from Clonbullogue to reach the Intermediate Football Championship final following a hard-fought two-point win in Croghan on Friday night.

St Rynagh’s played all the football in the first half and led at the break by 1-5 to 0-1.

However, Clonbullogue turned the game on its head shortly after the restart and a goal from Ruairi O’Neill three minutes into the second half suddenly gave them hope.

There was just two points between the teams with just over ten minutes left when Gary Mahon turned the tide for St Rynagh’s with two quick points after they had been scoreless for over twenty minutes.

Clonbullogue didn’t give up though and St Rynagh’s had to endure one or two scares in the closing minutes before being assured of a county final appearance.

The game was an entertaining affair and was hard fought, with a good physical battle throughout.

However, St Rynagh’s earned the win through a more consistent performance over the hour in what was a keenly contest and lively encounter.