IHC down to semi-finals 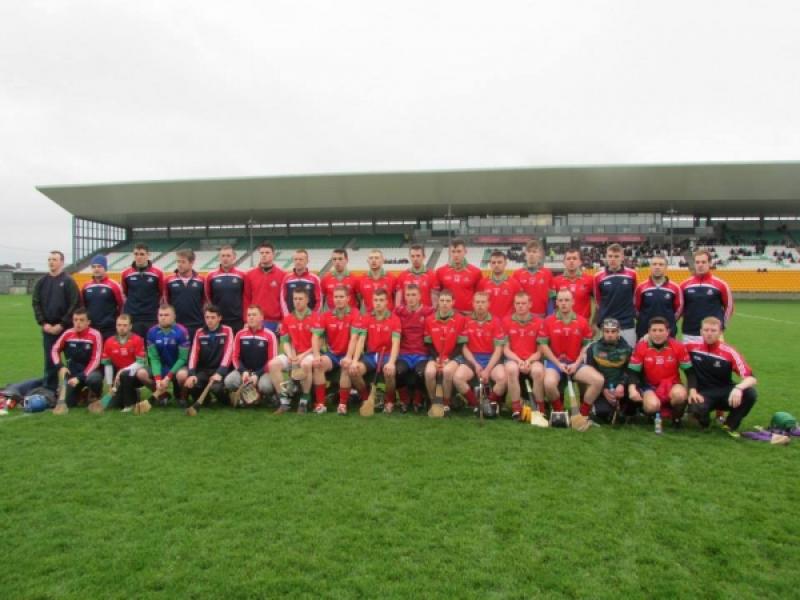 Shamrocks are going well in the IHC

THE Offaly Intermediate Hurling Championship moved to the semi-final stage after the final round of group games took place this afternoon.

Shamrocks will play Coolderry while St Rynagh's will meet Shinrone in the semi-finals on the weekend of September 26/27 – the relegation play off will be fought out between Brosna Gaels, who have been very poor this year and Birr.

Group 1 went as expected this afternoon with championship favourites Shamrocks having an easy 4-19 to 2-7 win over an out of sorts Brosna Gaels. St Rynagh's were asked plenty of questions in the other group 1 game but pulled away to book runners up spot with a 0-19 to 0-13 win over Belmont.

Group 2 was more dramatic. Shinrone did very well to edge out Coolderry by 0-17 to 0-14 and this will give them a real focus for the rest of the season after their seniors bit the dust early. Both these teams went through on four points with Shinrone topping the group under the head to head rule.

There was a mild surprise of sorts in the other game with Seir Kieran beating Birr by 2-15 to 0-14. While Seir Kieran had been beaten in the final last year, they had lost their first two games this year and a Birr win would probably have put them through to the semi-finals. However, Seir Kieran performed well on the day and their win meant that they avoided the relegation play off – them and Birr finished level on points but Birr were bottom on the head to head rule.

The semi-finals should provide great entertainment and the games look to be close to 50/50 ones.