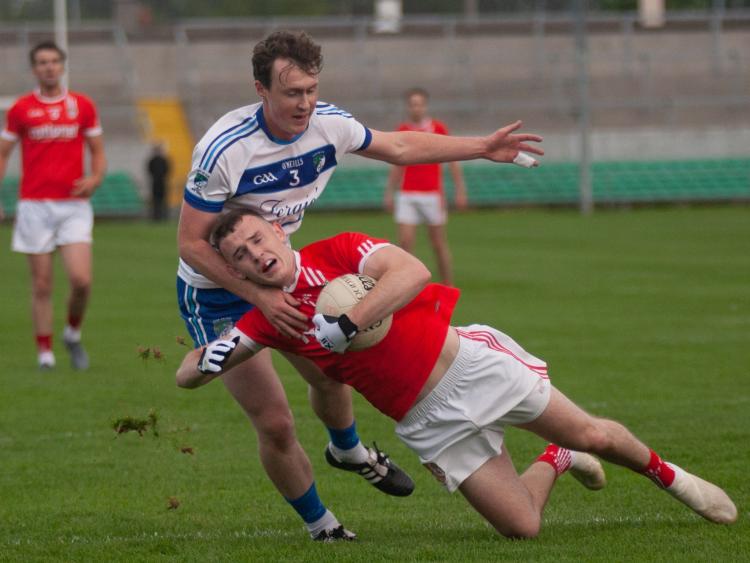 Cian Farrell, on form for Edenderry

Led by Cian Farrell and Alex Kenny in attack, who finished with 1-10 between them the Reds made it 2 wins from 3 in the group stages of this year'ss championship to book a semi final date with neighbours and rivals Rhode in two weeks time.

Bracknagh held their own for long periods of the game but 1-2 from Farrell in the first few minutes of the second half ultimately proved crucial, pushing the lead from two points to seven heading into the last twenty minutes.

Goals from Bracknagh captain Peter and younger brother Mickey Cunningham reduced the gap back to three points heading into the last couple of minutes of the game, but Kenny and a long range free from Farrell deep into injury time ensured a four point victory for the Reds.

*See Tullamore and Midland Tribune on Wednesday for full report.