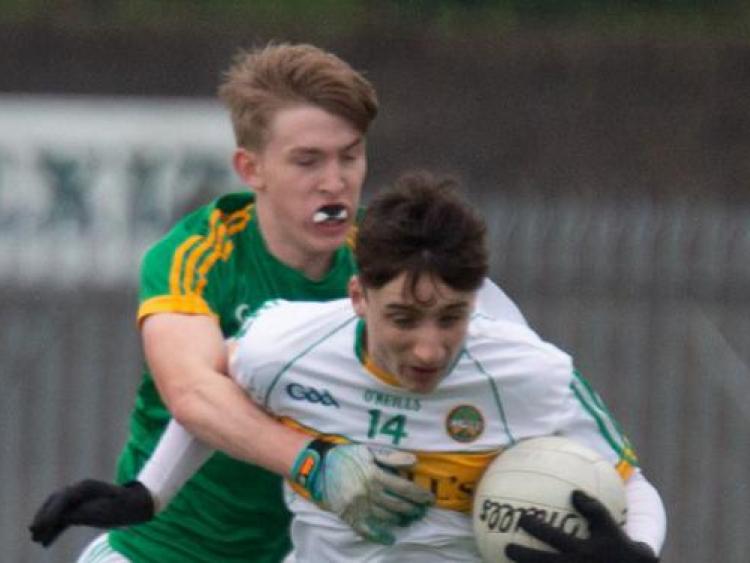 SCORING difference got a relieved Kilclonfert through to the semi-finals of the Tullamore Court Hotel Junior Football Championship after they were held to a draw by Ballinagar on Saturday.

The draw was enough to keep Kilclonfert just ahead of Ballinagar on scoring difference in group 1 and their reward is a semi-final against championship favourites, Tullamore – Daingean meet Clara in the other semi-final on the weekend after next.

The Junior Football Championship has probably been the most predictable of all the football competitions to date with Tullamore and Daingean clear front runners before a ball was kicked and it all emerging this way. It will be a surprise if these two teams don't make it through to the final.

Group 2 concluded with Tullamore having to work hard to beat Edenderry by 2-10 to 1-8 while Clara drew with Rhode, 2-10 to 1-13. These results saw Tullamore top the group with full points from their three games while Clara got through on three points with Edenderry on two and Rhode on one.

Daingean went on a scoring rampage in their final group one game against Kinnitty, winning by 2-28 to 1-4. A hurling stronghold, Kinnitty were always going to find the going tough at this level. They did well to win junior “B” last year but football is very much a secondary consideration there, mainly for fun and to enjoy games without the pressure that invariably accompanies their hurlers. Despite having a very good level of fitness with a lot of their senior “B” hurlers playing, Kinnitty were never going to have the football to compete against clubs whose sole priority is the big ball game and they head into the relegation play off.

Daingean have been in excellent form in the championship and look to be well equipped to challenge Tullamore – junior is now Offaly's fourth tier, which is a long way down the ladder for Tullamore's second team and they really want to get back up a grade to intermediate, where they werre relegated from last year. Clara looked good earlier on but have lost a couple of players to senior and that may have sabotaged their prospects. Kilclonfert have a fierce will to win and a county player in Cathal Mangan while their experience of challenging strongly at this level in recent years means that Tullamore certainly won't be taking them for granted, though they will be warm favourites.

In the other group 1 game, Kilclonfert and Ballinagar drew 1-9 each in a very closely contested game in Ballinagar. Kilclonfert led by 1-9 to 0-7 with a few minutes left but Ballinagar came back very well with Morgan Tynan, a minor last year and an exciting prospect, getting the final 1-2 as they drew. It was a close run thing with the winner going through and the draw meant both finished on three points – Kilclonfert's scoring difference was better, +3 points compared to -6 for Ballinagar.

Ultimately Ballinagatr paid the price for a dreadful performance in the first round against Daingean where they lost by 2-17 to 1-9 while Kilclonfert competed much better against the group's form team, losing out by just two points. The Daingean games proved to be the difference – both had just five points to spare against Kinnitty and Ballinagar in particuilar were disappointed to concede 3-9 that day.

Still, they will take plenty of positives from the Kilclonfert game and the season. Ballinagar had the bulk of the Na Fianna side that won the Minor Football Championship last year and many of them played junior this year. They are very young for adult football, will learn a lot from the year and if they stay together and hungry, they have a bright future and should challenge for this title in the coming years.

The relegation play off is between Rhode and Kinnitty and Rhode will be favourites here – their desire to remain in junior football will be much greater than Kinnitty's and they definitely won't want their second team going back to the fifth tier.