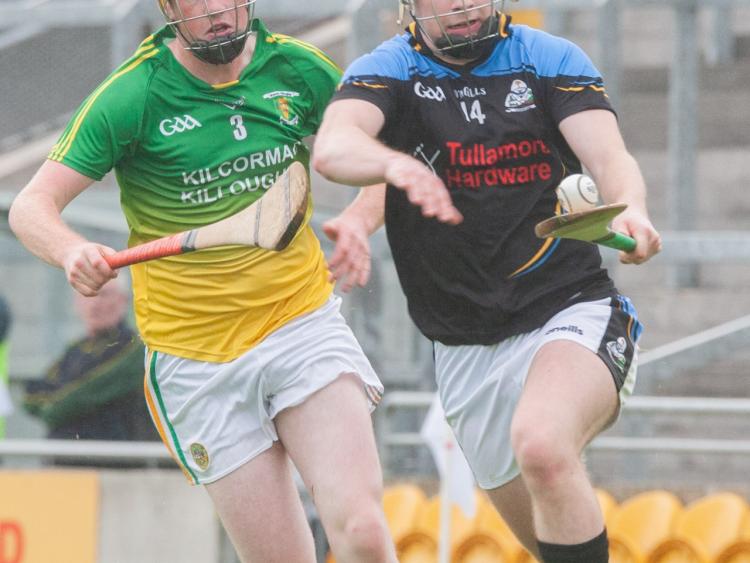 Clodiagh Gaels, strong contenders in the SHC "B"

WITH two teams getting promoted to a reformed Senior Hurling Championship next year, there will be great interest in this year's “B” competition.

For the clubs with serious designs on senior hurling, the stakes are absolutely massive – particularly for Kinnitty, who were relegated last year and will be so determined to bounce straight back.

One of the great names of Offaly hurling, they had been knocking on the relegation door for a few years and it was not a surprise to see them drop out last year. Kinnitty have a ferocious appetite for top flight hurling and will be well aware that this year represents a great chance to return there. The fact that the two finalists get promoted as senior hurling returns to ten teams certainly increases their chances. History has proven that a side's best chance of a return is often at the first attempt, when their pride is hurt and enthusiasm still at high levels. If you don't come back at the first attempt, you could be down for a while.

Of course, there are no rules about all of this but Kinnity have a great chance this year. They are the championship favourites, the team that everyone else has to beat but their progress is far from a formality, it is anything but assured. They have a very strong back bone, a lot of excellent hurlers but there are doubts about them and they have vulnerabilities.

Seir Kieran bounced straight back last year after being relegated. Kinnity are not as strong favourites as their neighbours but they are favourites nonetheless and it will be a surprise if they don't get to a semi-final at least.

There are plenty of teams who won't fear them in the slightest. Three of the main title contenders are in the other group, Clodiagh Gaels, Tullamore and Carrig/Riverstown with the two north Offaly teams having particularly potent chances. If Kinnitty do get out of their group, they will likely face one of these in the semi-finals and that could be their biggest game of the year.

It may not be fair but there is pressure on Kinnitty that isn't on the other teams. That is the way it is and they will have to adapt to that but they certainly have enough hurlers to get there. James Dempsey, Paddy Rigney, Paddy Delaney and Shane Kinsella have all played county hurling in the recent past and they give them a very solid backbone. Colm Coughlan's accuracy from play and frees is a great asset to them. Kinsella should be particularly influential at this level and his ability to score and cut through defences will create a lot of openings for them.

Despite all that, Kinnitty will find it hard to win this championship and there are plenty of other sides out there with legitimate aspirations.

A key element in this year's championship is the fact that both finalists will be promoted as the 2021 Senior Hurling Championship is increased to ten teams. Kinnitty will want to win this championship but will settle for reaching the final as returning to top flight is their guiding motive this year.

With the exception of Kilcormac/Killoughey who can't be promoted as they already have a senior team, the other clubs would also love to get up but only Drumcullen and Tullamore have a tradition comparable to Kinnitty. Theirs is so far in the past that it doesn't really compare to Kinnitty in the modern sense - they have won nine Senior Hurling Championships.

Tullamore have ten but nine of these came from 1964 back. They won a sensational title in 2009, coming from nowhere to shock most observers but that proved to be a brief aberration – they were beaten in the 2010 semi-final but have declined since then, eventually bowing out of senior. Tullamore have a strong hurling fraternity, a big pick and always command respect but hurling is behind football in their pecking order.

Drumcullen have a huge proud tradition but the last of their seventeen titles came in 1960 and it is a long time since they have had a truly competitive senior hurling team. They have a huge desire to get back up but declining population and an ageing team poses challenges that some of their contenders don't have.

Because of the coronavirus shutdown, there will be straight semi-finals this year with no quarter-finals. It means that teams have very little margin for error and it should make for a very competitive championship.

Group 1 looks to be the strongest on paper with Clodiagh Gaels, Carrig/Riverstown, Tullamore and Clara. Clodiagh Gaels were beaten in the final last year and are probably the second favourites. They have an exciting young team, county standard hurlers in the Langton brothers, Conor and Liam and a lot going for them.

Carrig/Riverstown competed well against Clodiagh Gaels in the semi-final last year and have a decent chance of glory.

Tullamore will have been disappointed at their form last year and the 27 points they competed in the quarter-final defeat by Lusmagh. However, they could be very serious contenders. Getting the dual balance right is a challenge for them but Tullamore have Shane Dooley and they have enough good hurlers to mount a real charge. We don't really know what they will be like but their traditition and players suggest they are contenders.

Clara are the outsiders in this group. They did very well to win intermediate last year and have enough good hurlers to demand respect but it is a step up for them and we will have to wait and see – they are another club where football is the number one sport.

Kinnitty and Lusmagh are the starter's favourites in group 2 where they will also play Drumcullen and Kilcormac/Killoughey. K/K survived a relegation play off last year and while they have a decent team, they really shouldn't be able to win the second tier championship. They won't expect to beat Kinnitty but they won't fear them and they will fancy their chances against Lusmagh and Drumcullen so you never know.

Lusmagh were very respectable last year. They were excellent in their quarter-final win over Tullamore and while Seir Kieran proved too strong in the semi-final, they competed well for a long time. That form suggests they can squeeze out of this group but don't rule Drumcullen out either.

There will be a lot of twists and turns before this championship concludes but at the moment, Kinnitty are the favourites and the team to beat.