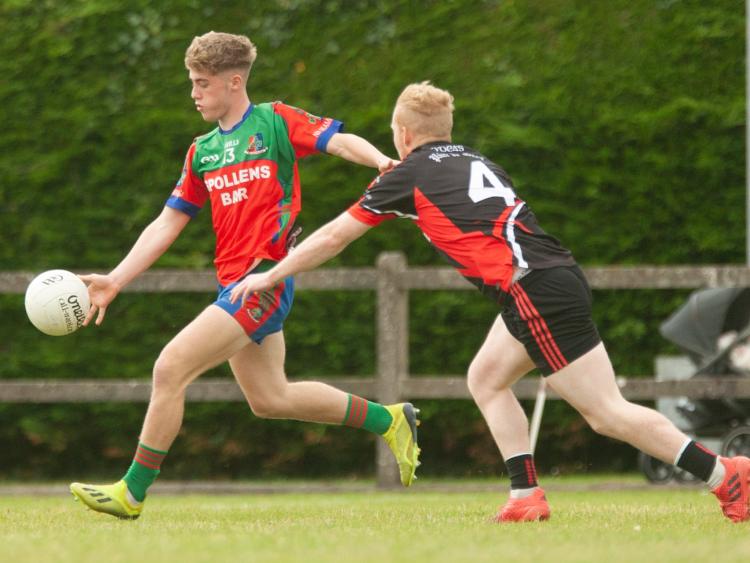 Jack Bryant, a key member of the Colaiste Choilm attack

SCHOOLS and families will be forced to make hard choices with only 200 people allowed to attend the forthcoming Leinster Colleges Senior and Senior “B” football finals. This figure includes players, team mentors, officials, media, stewards and others, meaning that there will approximately 100 tickets available for supporters.

Under the Covid-19 guidelines for lifting of restrictions, only 200 people are allowed to gather for events up to July 20 and this will increase to 500 after this. It leaves the competing schools, parents and supporters with a massive dilemma and most people won't be able to attend the games.

With club action resuming, there was no option but to fix the school finals before the increased capacity was permitted. It will be a real loaves and fishes job for the competing schools and they haven't a hope of satisfying demand.

It will be tough on parents and supporters. Schools games attract huge enthusiastic followings and there was close to 1,000 people at some of the Colaiste Choilm games as they gathered real momentum through the campaign. Apart from parents and family members, supporters from players' clubs also love attending those games and many of those won't get to see the final – though there is the possibility of them being streamed live.

The senior final between St Joseph's – co-managed by Tullamore man John Rouse while one of their star footballers is exciting Rhode prospect, Aaron Kellaghan – and Naas CBS would attract even greater interest as this is the holy grail of colleges football in Leinster.

Incidentally, this year there will be no All-Ireland series in colleges competitions as authorities streamline their programmes for the resumption of games.

While the capacity issue is a difficult one, the schools and teams are still glad that these games are going ahead as it looked like there would be no activity until a short few weeks ago.

The Offaly GAA County Board are also looking at the guidelines. The club programmes resume on July 24 and while the 500 restriction will be adequate for many games, there are plenty that will attract more than this, particularly senior games. Chairman Michael Duignan stated that they will be adhering to the guidelines and the Management Committee will finalise their arrangements for games this week.