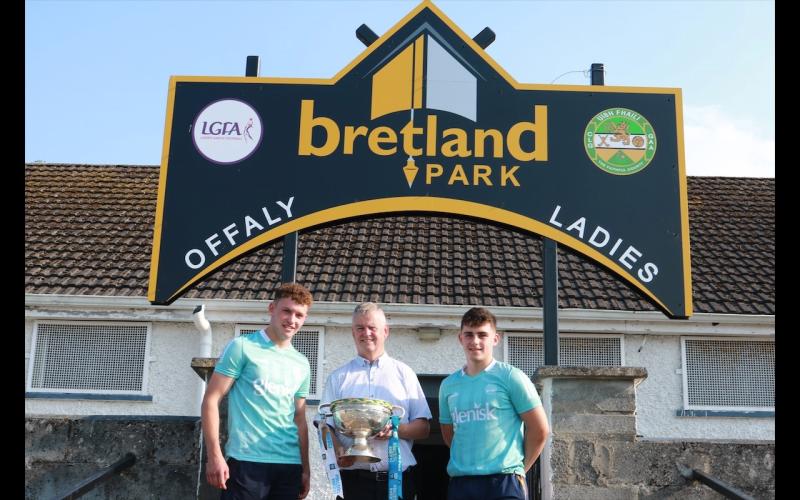 THE Offaly Ladies Football County Board have launched a major fundraiser to help purchase their own grounds.

The club had initially hoped to sell Pairc Brid to a building developer to help fund the cost of the new land but with the recession kicking in soon afterwards, this never materialised. Instead Clara GAA was left servicing a huge debt and only gained relief a few years ago when a deal was struck with the bank and brokered with Croke Park.

They are serving that restructured debt now and gave Offaly Ladies Football use of Pairc Brid a few years ago. Now called Bretland Park, the Board are trying to raise the funds for the outright purchase of the ground.

Clara GAA Club, however, have clarified that no deal has been struck yet to sell the ground. In a statement released on Tuesday evening, they outlined: "In accordance with GAA rules in relation to property disposals, any agreement to dispose of property must be approved by the members of Clara GAA club and a formal application must be submitted to the Offaly GAA County Committee. The sanctioned application must then be submitted to Leinster GAA for recommendation to the National Finance Management Committee in Croke Park."

The Ladies Football County Board launched a major new fundraiser on Saturday in Bretland Park. Called the Croke Park to Bretland Park run/wallk, it will take place along the Grand Canal on September 24 and is similar to Offaly GAA's recent very successful Grand Canal walk.

Players from all Offaly ladies football squads, County Board and club officers and some Offaly footballers and hurlers will participate in the event. If a deal can be reached they will become only the second ladies football county to own their own facilities, following in the footsteps of Armagh. It is a very important part of their development plans for the county.

Offaly was one of the main counties in the early days of the association in the 1970s and are trying to get back into the top tier. For years, they have relied on the goodwill of GAA Clubs for pitches for games/training and having their own ground, will remove this dependance.

Links for sponsorship is available via Offaly LGFA Facebook/Twitter/ and details can also be obtained from board officers, clubs and players.