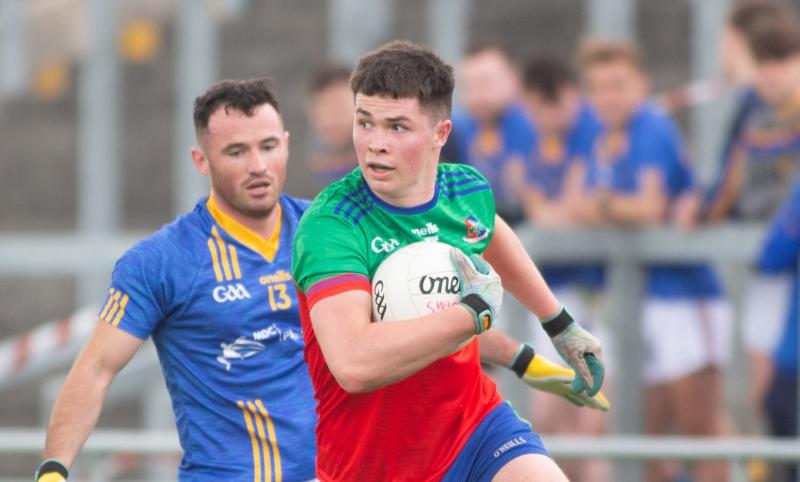 Captain of the Offaly side that won the All-Ireland U-20 Football Championship last year, Dolan sustained the bad injury after landing awkwardly while contesting a ball for Shamrocks against Ferbane in Tubber.

The game was on 22 minutes at that stage and Shamrocks were flying with a 2-3 to 0-3 lead. It quickly became apparent that Dolan's injury was a serious one, either a broken leg or knee. He was in clear pain and with an ambulance arriving around 25 minutes later, it was over fifty minutes before play resumed.

Dolan was brought to hospital in Tullamore and it has been confirmed that his injury is a dislocated knee. An MRI scan was taking place on Monday to determine the exact extent of it and the recovery period will become apparent this week.

Dolan has been desperately unfortunate with injuries. In 2020, he missed most of the season after injuring his vertebrae in a car accident. He was one of four Offaly U-20 footballers who were in the car in that accident but his neck injury was by far the more serious as he wore a brace for months.

He showed great commitment and discipline to get back from that. He was named as Offaly U-20 football captain by manager Declan Kelly last year and had the full back slot nailed down when he picked up a hamstring injury after the Leinster semi-final win over Westmeath. He missed the Leinster final and All-Ireland semi-final wins over Dublin and Cork but got back into contention for the All-Ireland final – he came on as a late sub as Offaly had a great win over Roscommon and got to lift the cup with the stand in captain Cathal Donoghue (Kilcormac-Killoughey).

He was called into the Offaly senior football panel this year, playing in three league games as well as the championship defeat by Wexford.

Now he faces another long and arduous recovery process but Dolan has a huge desire to play at the highest level possible and will work hard to get back. While Dolan's best position is in the full back line, he has been playing mainly at midfield for Shamrocks in the championship this year.

By the time play resumed, word had reached Tubber that Tullamore had beaten Cappincur in the other group one encounter and that both Shamrocks and Ferbane would qualify for the quarter-finals, no matter who won – they could only have been deprived by a shock Cappincur win. Ferbane recovered in the second half to win by 3-14 to 3-11 and will play Clara in the quarter-finals while Shamrocks will meet Edenderry.

Tullamore and Rhode have qualified directly for the semi-finals. The quarter-finals will take place on the weekend of August 26 and 28 with the semi-finals a fortnight later and the final a month down the road.

Dolan is the latest member of the Offaly U-20 football winning squad to pick up a very bad injury. Tullamore's John Furlong (hip), Oisin Keenan-Martin (cruciate) and Cormac Egan (hamstring) have all been out for months. Furlong and Keenan-Martin are out for the season while Egan is close to getting back and could feature in the coming weeks for Tullamore. Cathal Donoghue has also been out in recent months with a serious knee injury. Donoghue's injury is not a cruciate as first feared but a ligament one. However, he was in a brace for a couple of months and is likely to be out for the club season.

While Dolan's injury latest injury is a freak one, a lot of the U-20s have picked up very serious injuries and the severity of them, the long recovery process involved in each case is causing real concern.