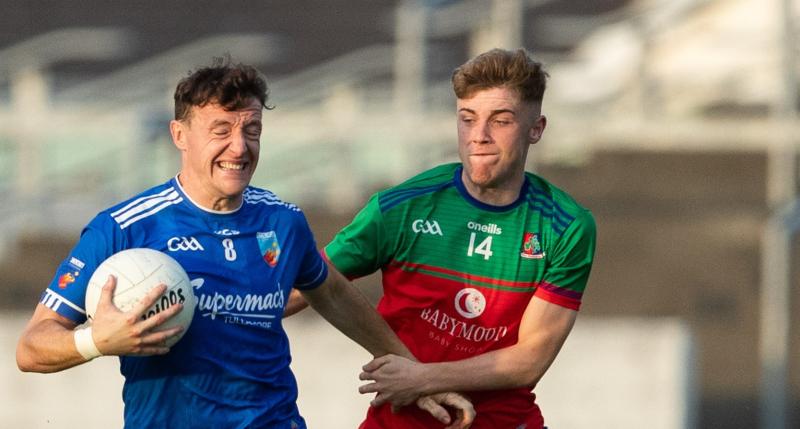 THE knockout lineup has been decided in the Offaly Senior Football Championship. The final round of group games were played on Sunday afternoon with Tullamore and Rhode already through to the semi-finals.

They continued their impressive form. Clearly the two best teams in the championship so far, champions Tullamore and Rhode will now have nearly a month to prepare for their semi-final. The quarter-finals will be between: Ferbane v Clara and Edenderry v Shamrocks while Cappincur and Durrow will clash in the relegation play off.

Tullamore had an expected comfortable win over rural neighbours Cappincur in group 1 in Geashill, 2-12 to 0-6 while a lengthy delay with a serious injury to Shamrocks' Kieran Dolan held up the outcome of their game against Ferbane in Tubber. By the time the second half started there, both knew they were safely into the quarter-finals irrespective of the result as Cappincur's impending defeat meant they could not be caught.

The Shamrocks and Ferbane game proved to be a cracker and the result was in doubt right to the end. Shamrocks led by 2-4 to 0-8 at half time but Ferbane got going in the second half and were 1-12 to 2-6 ahead after 45 minutes. Shamrocks levelled it up at 3-7 to 1-13 before Ferbane got back in front with a second goal. They pushed for home from here, winning by 3-14 to 3-11 and the result leapfrogged them over Shamrocks to second place in the group – earning them a quarter-final against Clara in the process, which they would have preferred than meeting Edenderry.

In group 2, Rhode were pushed hard by Clara before winning by 2-13 to 0-15. Clara gave a much improved display from their defeat by Edenderry but a 20th minute red card for Marcas Dalton and a fortunate Niall McNamee goal eight minutes into the second half did them.

It meant that Clara needed Edenderry to beat Durrow to advance to the quarter-finals and that result duly arrived when the Reds won easily by 1-16 to 0-8. It gave Edenderry second spot in the group.

It means that the real business will now start on the weekend of August 26-28 when the quarter-finals and relegation play off takes place.