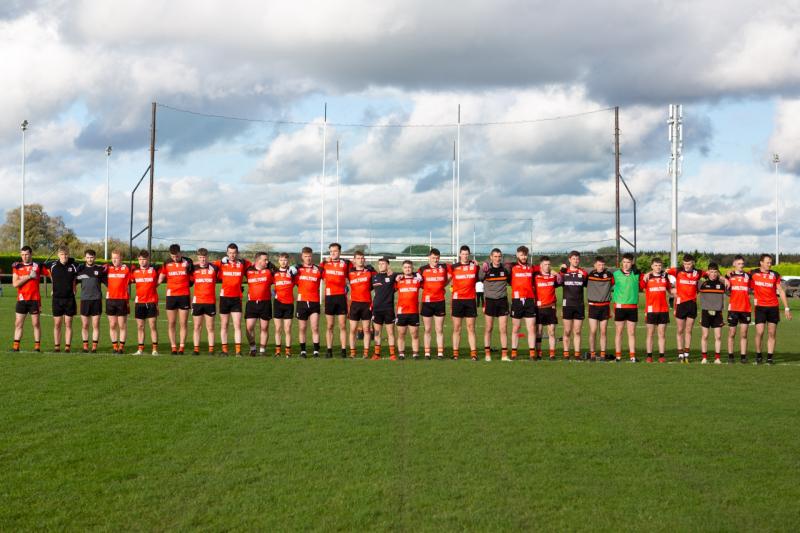 THERE were no surprises, no stings in the tail as the closing round of group games in the Tullamore Court Hotel Intermediate Football Championship went exactly as expected on Sunday.

As predicted Raheen and Ballycommon secured top spots in the two groups while the two quarter-finals will be between: St Brigid's v Ferbane and Daingean v Tullamore. The relegation play off will be between Clodiagh Gaels and Shannonbridge.

In Group 1, championship favourites Raheen continued their good form with a 0-14 to 0-9 win over battling Tullamore. St Brigid's earned second spot with a 3-7 to 0-5 win over Clodiagh Gaels while two points was enough to get Tullamore into the quarter-finals.

Ballycommon sealed top spot in group 2 with a convincing 2-15 to 1-9 win over Ferbane. The big game here was the meeting of Daingean and Shannonbridge. This was a true knockout game with the winners going into the quarter-final and the losers into the relegation play off. Shannonbridge had lost the points from their earlier game against Ferbane during the week – they didn't field, citing Covid reasons and the Competitions Control Committee and then the Hearings Committee awarded the points to Ferbane.

In the Junior Football Championship on Saturday evening, title favourites Kilcormac-Killoughey set down a very convincing marker with a run away 6-10 to 1-6 win over Rhode. It was a performance that suggests they are the team to beat, although a young Ballinagar will also fancy their chances – Ballinagar received a walkover from Doon in their final game and both them and K-K qualify direct for the semi-finals as group winners.

Tullamore beat Durrow by 3-12 to 0-8 while Edenderry secured second spot in their group with a 3-10 to 1-10 win over Kilclonfert. It means that the quarter-final pairings are: Rhode v Kilclonfert and Edenderry v Tullamore.

They will take place on the weekend of August 26-28.