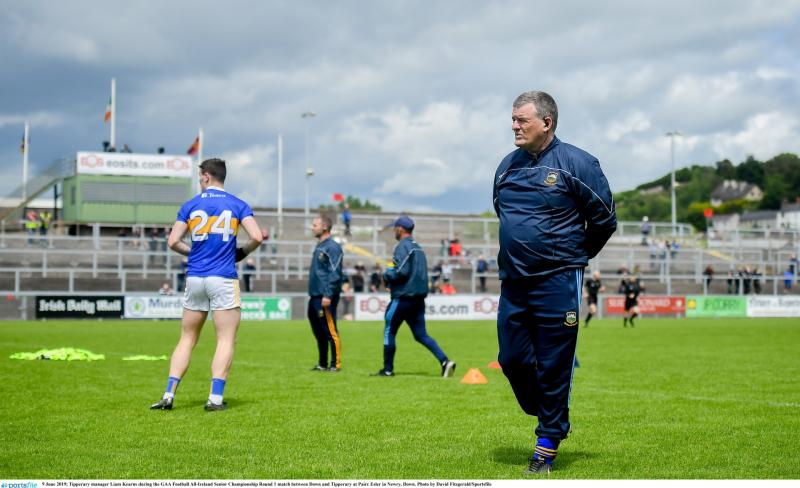 Liam Kearns, a contender to be the next Offaly senior football manager.

Prospective candidates have been interviewed by a group including County Board chairman Michael Duignan, secretary Colm Cummins and treasurer Dervill Dolan.

Holidays has delayed the process a bit as successors are sought for John Maughan in football and Michael Fennelly in hurling.

Preferred football candidate Tomas O'Se upset the football plans when he withdrew a couple of weeks ago after getting promoted to principal in the school he teaches in. His fellow Kerry man Liam Kearns has been strongly linked with the vacancy now and there is a strong possibility that he will be appointed.

Details are still being ironed out with candidates about their backroom packages etc. Kearns has previously managed Limerick, Laois and Tipperary and his biggest achievement was bringing Tipp to the All-Ireland semi-final in 2016. He was also a coach with Roscommon.

There has also been speculation about the possibility of Galway man Anthony Cunningham taking over the hurlers but this is unlikely to happen. Cunningham stepped down as the Roscommon football manager this year and has vast experience in both hurling and football. A former Galway manager, he was very close to accepting an offer to manage Offaly senior footballers back in the early 2010s but opted out after getting the Galway senior hurling job in 2011.

He was Galway manager for four years and took over in Roscommon in 2018.

There have been plenty of other rumours flying about. Antrim manager Darren Gleeson was one rumour but has been given a two year term to stay on with the northern county – the Tipperary man led Antrim to the Joe McDonagh Cup this year.

Clare man Davy Fitzgerald was also linked with it but the Offaly County Board are likely to resist going down this road.

All will be revealed in the next week or so and the board hope to have managements in place for the knockout stages of the local championships.