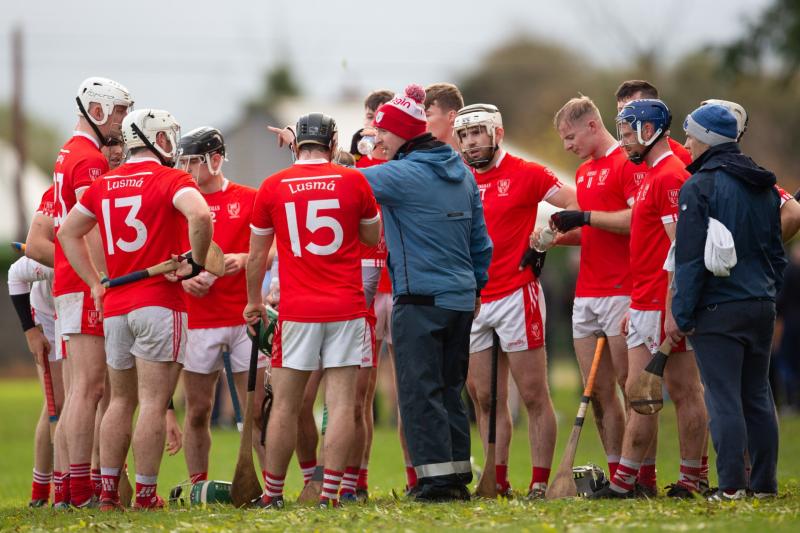 THERE will be a very exciting closing round to the Offaly Senior “B” Hurling Championship after some surprise results last weekend threw it wide open last week.

The three underdogs, Clara, Birr and Lusmagh had great wins over Tullamore, Kilcormac-Killoughey and Drumcullen and it means that all teams have a chance of qualifying for the semi-finals in the closing round.

With the six teams in the one group, the top four qualify for the semi-finals with the bottom two in the relegation play off. Kilcormac-Killoughey and Clara are definitely through. They have six points each from their four games and can't be denied but the battle for the remaining two places is wide open.

Birr have four points, Tullamore and Drumcullen three each and Lusmagh two. The final round will take place on the weekend of August 19-21 with Kilcormac-Killoughey playing Tullamore, Lusmagh meeting Birr and Clara taking on Drumcullen.

Apart from Kilcormac-Killoughey and Clara, the stakes are massive for the other four teams and it is true knockout hurling – the games will take place at the same time on the same day.

Last weekend's results went against the form book. Clara got a late point to beat Tullamore by 0-19 to 1-15 on Friday evening. Tullamore's star forward Shane Dooley was red carded early on in this game and that loaded the dice against them but it still went right down to the wire. It means that Dooley will miss the Kilcormac-Killoughey game unless he can prove the card was shown in error.

Birr also got their season going with a great 1-24 to 3-16 win over Kilcormac-Killoughey on Friday evening. K-K had been going very well but last year's intermediate champions, Birr have got stronger as the campaign progresses and they played very well to win.

Lusmagh kept their season alive with a crucial 1-17 to 1-16 win over Drumcullen on Saturday evening. A defeat would have put them out but they showed great character to edge a very tight battle.

It means that any of Birr, Tullamore, Drumcullen and Lusmagh can get through or bow out in the final round. Lusmagh have to beat Birr while a point will be enough for Birr. If Lusmagh beat Birr, they will tie on four points and go through on the head to head rule, unless Tullamore and Drumcullen draw and there is more than two teams on the same points. In this case, scoring difference will apply and at the moment, this reads: Birr -3 points, Tullamore +4 points, Drumcullen -1 point and Lusmagh -16 points.

Lusmagh would be likely to bow out if scoring differernce is used but it is very tight between the other teams.

Tullamore and Drumcullen are also on thin ice. Last year's beaten finalists Tullamore have a tricky game against Kilcormac-Killoughey. A defeat won't necessarily put them out but it will leave them very fragile. Tullamore and Drumcullen drew so if they stay tied on 3 points and Lusmagh lose (or draw), scoring difference will decide. Tullamore have the slight edge in that regard at the moment but it is all very tight.

Drumcullen need to beat Clara to stay in it, though they could still be denied with a win. This would happen if Birr and Tullamore both won and Tullamore and Drumcullen were tied on five points, in which case scoring difference would decide.

There are a lot of possible permutations, depending on draws and results but suffice to say that Birr, Tullamore, Drumcullen and Lusmagh all have to win their closing game. A defeat will definitely put Lusmagh out and it will leave the others dependant on other results.