Flynn and Kelly to come into football frame 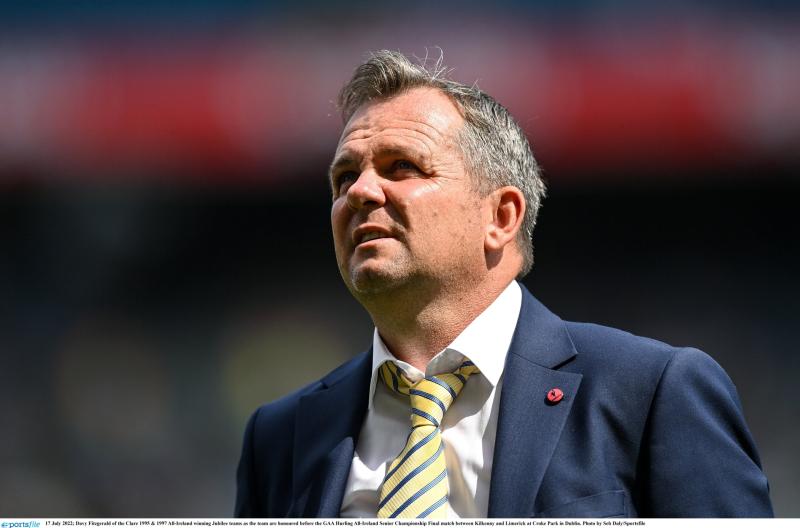 Despite widespread rumours, it is believed that Davy Fitzgerald has not spoken to Offaly GAA chairman Michael Duignan about becoming Offaly hurling manager.

OFFALY GAA County Board's plans have been thrown into disarray with the news that Tomas O'Se will not be the new county senior football manager.

The news broke on Saturday morning after O'Se received word during the week that he is getting promotion at work. A teacher, O'Se had been hot favourite to succeed John Maughan as manager. He had served as a coach under the Mayo man last year and having given up his media work with RTE and other outlets, it was widely expected that he was lined up to take over the top job.

He was Offaly's preferred candidate but now has opted out, leaving the County Board facing a search for a new manager.

Meanwhile, there has been rampant speculation in recent days that controversial Clare figure Davy Fitzgerald is in line to succeed Michael Fennelly as the senior hurling manager. Kilkenny man Fennelly was only told this week that he would not be given a fourth year in charge and there has been widespread reports that former Clare goalkeeper Fitzgerald has been contacted.

However, reliable courses have described this as “pure speculation” and it is understood that the County Board have not spoken to him. Fitzgerald has been a very successful manager and has been linked with a number of jobs in the past year. He went for the Galway role but that went to Henry Shefflin while he is also being linked to the Kerry vacancy.

Speaking to this reporter last April, Fitzgerald did not rule out the possibility of taking the Offaly job at some stage. Asked would he consider Offaly if the opportunity arose, Fitzgerald had said:

“I don't know. In my life I love a challenge.

“I don't know how many jobs I was offered this year by clubs but I didn't want them. I went to Cork ladies (he is a coach with the Cork camogie team) because I feel the ladies haven't got a fair crack of the whip. The amount of hours they put in is crazy, it is phenomenal. I could have got good expenses going X, Y and Z. I took nothing going to Cork and I am doing it because I wanted to do it. In fairness they get very little on the ladies side and I said I would give it one year.

“Do I know what I am doing in the future? No. At some stage I would like to come back to my own county. I have managed Clare at U-14, 15, 16, 17, 21. I have been involved in every Clare team and I have been involved in every team in my club. Sometimes a club here and there who haven't had success come to me and ask me to help them. I have. To me it will be about the project that I like to do over the next few years.

“I love hurling and I love being involved. We have a small bit of political stuff going on in Clare that I absolutely despise and I hate. Hopefully that will pan out. In Clare, we don't need that. I just don't like certain people who should know a lot better, the way they are carrying it on and treating people. None of us know it all but we shouldn't be treating people with disrespect and making up stuff like what is being done. Hopefully that will come to an end and some time I will go back there.

“Other projects around. Never say never to anything. I will always have a listen and something might come up that might interest me completely. The ladies thing interested me because I felt it was important to put back as they put in a lot of time and also there were a few things I wanted to try out that were a small bit different and I hadn't got to try out with Wexford but really wanted to try out.”

He was asked were Offaly too low down the ladder for him to consider them:

“No, I am a funny buck. I was giving a talk to Rockwell College, a rugby team last night and they asked me if I had to pick one thing out when I was over a team that I really enjoyed what would it be? I won All-Ireland's and I have won X, Y and Z, Munster's, Leinster's, leagues, training team. One of the ones I picked out was winning an intermediate championship with Killanena. They had never won it before and in 2010 I helped them win their first intermediate. When they had won, I just went back to the fence and watched people and the emotion. That is right up there on my list with the other ones.

“I have done that with a number of teams. I have a very decent CV with a lot of stuff won and ye don't realise half of the stuff club wise but I love seeing a crowd that haven't won in a long time win. I am kind of like that. That is what I am saying. It is whatever I feel works at the time. Would I like to get involved in a top class team again? Maybe, that might happen but if it doesn't, I will be involved in something else. I am spending this year trying to learn even more.

“Can I be a better manager? If you could see the lengths I have gone to this year, I have gone to different people, different places. I am trying to rethink how can I be better, I am trying to deal with stuff better. Can I come up with different training methods? Can I come up with new ideas to play? I am spending the year this year trying to be better than what I have been. Don't make presumptions. The project will decide. Whatever will come in the next few years, I just want to stay fit and healthy and I just want people to stay fit and healthy and enjoy life. That is my thing.”

Two months had elapsed from the time Offaly bowed out of the Joe McDonagh Cup with a group defeat against Carlow. That was a long time to delay informing the manager and this could suggest that someone may have been lined up before they told Fennelly that he wasn't wanted. Fennelly actually attended an Offaly senior hurling double bill in Birr last Saturday and there is no doubt that he wanted another year but he was told on Monday that the board were seeking new management.

Offaly GAA chairman Michael Duignan has contacts all over the country and they should be able to put a good package together.

Football and hurling ommittees of County Board chairman, Michael Duignan, secretary Colm Cummins, treasurer Dervill Dolan and two others have been set up to appoint county senior, U-20 and minor managements.

In football, Declan Kelly could come back into the frame. The Kilclonfert man earned his managerial credentials by leading Offaly to the All-Ireland U-20 football title last year. While Duignan revealed that Kelly was not going forward because of his busy commitments, the possibility of him having a change of heart can't be ruled out – Kelly would have to be convinced that he was wanted by the County Board to take on the job.

Former Meath star Bernard Flynn will also be linked with it. A brilliant forward, Flynn went for the Meath job but it went to Colm O'Rourke. Living in Mullingar, Flynn is a good friend of Michael Duignan and has made no bones about his admiration for Offaly football.

Flynn has expressed his disappointment that he only learned on social media that he wasn't getting the Meath job. He had put together a strong package including former Mayo boss, Stephen Rochford and Kilmacud Crokes' Robbie Brennan and a similar package would be tempting for Offaly.

At the moment, however, all talk about managers is only speculation and it will be another while before appointments are made.