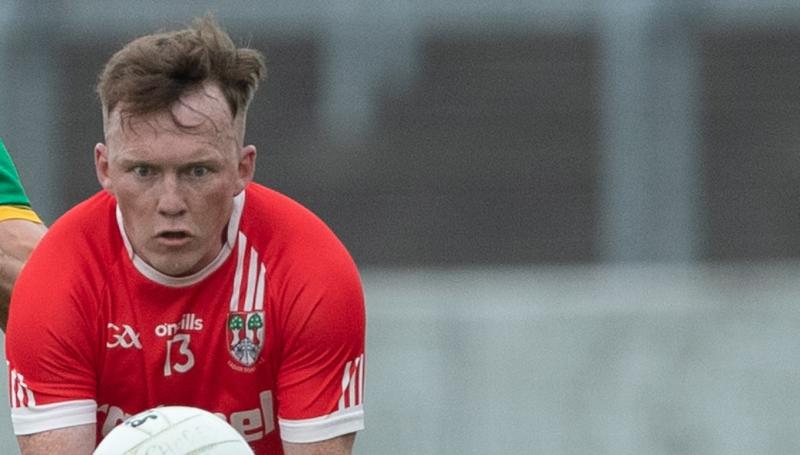 A LOOK at the Edenderry team before the throw in suggested that they were sitting ducks for their Senior Football Championship tussle with Clara on Friday evening in O'Connor Park but the reality proved to be entirely different.

Instead Edenderry coasted to a very easy win over a Clara side that struggled the whole way and didn't have a whole lot to offer.

Edenderry were without the suspended David Hanlon, injured Cian Farrell and veteran defender, Sean Pender but they never looked like losing this for one second. They didn't hit top gear either, content to coast along in third for most of the way and only introducing flashes of real pace and intensity.

They were, however, as good as they needed to be and their victory was never in doubt. A couple of simple statistics show the extent of their superiority and this shows the type of game it was as they were all negative ones for Clara. The losers only got two points in the first half, they didn't score from play until the 42nd minute and when David Fleming converted a 49th minute penalty, it barely raised a whimper.

At that stage, Edenderry were leading by 0-14 to 1-5 and there was zero chance of Clara coming back. Clara had their own problems with players but they will be very thankful that they got a weakened Durrow team in the first round and managed to beat them. On this performance, they are far closer to a relegation team than champions but the name of the game for Clara this year was always survival and they have a good chance of staying up.

Without going near full speed, Edenderry found themselves in a strong position at half time as they led by 0-8 to 0-2.

Their attack was much better than Clara's in the first half with Sean Doyle particularly lively while five of the six forwards got on the score sheet.

Clara struggled badly in the first half. They had a fair bit of possession but their efforts at opening up Edenderry were poor as they got only two points, one each from a free and mark. When they did get the ball into the shooting zone, their finishing was way off.

Edenderry forwards were way sharper and they had four points on the board before Graham Guilfoyle opened Clara's account from a mark in the 12th minute. They had to wait 13 minutes for their next point, a Ross Brady free that left them trailing by 0-5 to 0-2. Edenderry finished the half well with three points, the pick of them an outstanding strike by Lee Pearson with the outside of his left foot.

The second half of an uneventful, dull game was a non event as Edenderry kept their opponents at arm's length. Ciaran Farrell and Alex Kenny got the first two points to put them 0-10 to 0-2 clear and Clara were looking for miracles. Ross Brady did at least get that point from play in the 42nd minute, making the score 0-11 to 0-4.

Edenderry were 0-14 to 0-5 ahead when Matthew Mitchell was fouled for that 49th minute penalty after Loughlin Walsh unconvincingly tried to punch a long Adam Kelly ball clear – Walsh had a tendency to try and punch the ball rather than claim it, almost leading to other goals and the Edenderry management will be working on this with him in the coming weeks. David Fleming stroked the penalty to the net but it didn't make an ounce of difference to the outcome.

In a very poor closing ten minutes, both sides only managed a further point and it was one of these games that will be quickly forgotten.

Edenderry will be happy with their win. Without doing a whole lot special, they were professional and efficient. They had plenty more in the tank but they controlled all sectors with Lee Pearson and Colm Byrne very good in their defence. Jordan Hayes ran the game from midfield while the Edenderry attack were good. All six forwards scored with Seabn Doyle the pick of the bunch while Mark Abbott also did a lot of very tidy work.

Clara won't be one bit happy at the way they played. It would be wrong to suggest that they didn't try or didn't want it but their performance was not one that would that could win a game against any decent team. Too many players simply did not get up to the right pace and intensity and Clara had no complaints at the result. It is telling that two of their better players were two of their oldest, Ross Brady and Matthew Mitchell and Clara have vast improving to do.

Jordan Hayes (Edenderry): Jordan Hayes ran the show here for much of the hour. He took on his man and distributed very well. His influence dwindled a bit in the closing quarter but he continued to show a steady hand.

Eamon O'Connor had a good game. He showed a good understanding of the rules and applied them. He spotted that the ball was kicked from inside the forty when Ed Cullen tried to claim a first half mark though he should have awarded one to Matthew Mitchell in the second half – Graham Guilfoyle had kicked from outside the '40', Mitchell made a great catch but managed to kick the point anyway. He showed cards quickly when a niggle came into things in the second half, though at least one of those could have been a red.

Lee Pearson's outstanding 26th minute point was the best score of the game. It also put Edenderry 0-6 to 0-2 clear and we knew who was going to win at that stage.

A small crowd meant that there wasn't much of an atmosphere in O'Connor Park but the venue was in perfect order.

The form of some of the Offaly U-20 players who won the All-Ireland title last year. Lee Pearson was the best of them here, though he did not go on as many runs forward as normal while Rory Egan, Ed Cullen and Cormac Delaney will all be searching for better performances in their next outing – Delaney was just back from holidays and was taken off with fifteen minutes left.