Round 2 of Offaly Senior “B”, Intermediate and Junior Football Championships 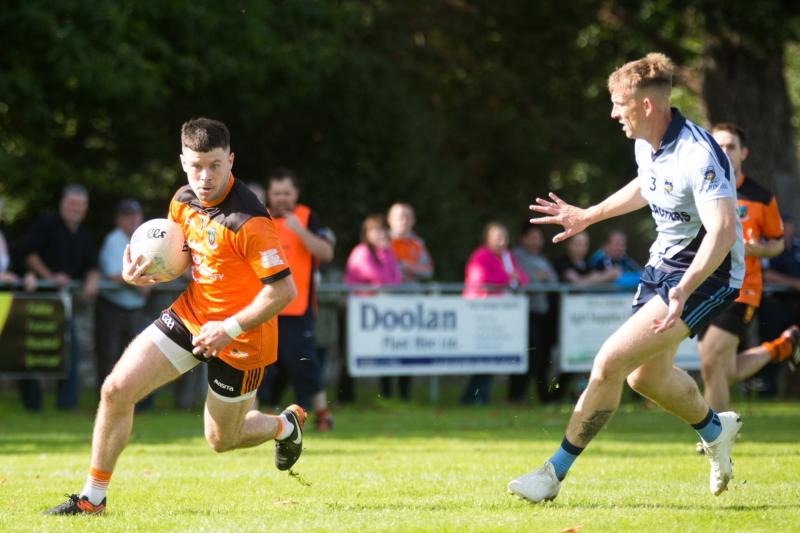 Tubber and Erin Rovers have big games this weekend

THE second round of the Offaly Senior “B”, Intermediate and Junior Football Championships will take place this weekend and the knockout picture should begin to loom into a bit clearer focus after this. The three championships have similar formats with two groups and the top team in each group going into semi-finals with the next two criss-crossing in two quarter-finals.

The Senior “B” Football Championship is wide open, though Clonbullogue, Bracknagh and Tubber have emerged as front runners while Ballycumber have started off well.

Walsh Island and Clonbullogue have two points in group one while Tubber and Erin Rovers have to get off the mark.

Ballycumber and Bracknagh lead the way in group 2 with two points while Gracefield and St Rynagh's are pointless.

There will be shock results in this championship as it goes on and there are plenty of teams capable of winning it – though the early indications are that Erin Rovers and St Rynagh's won't do so.

Raheen and Ballycommon sent out notices of intent with impressive first round wins in the Intermediate Football Championship but there are a few teams with genuine title prospects.

In group 1, Raheen and Tullamore have two points while Clodiagh Gaels and St Brigid's lost their first round games.

Ballycommon have two points in group 2. Daingean and Ferbane have a point each while Shannonbridg are pointless and after receiving a bad beating from Ballycommon, it looks like they are off the pace.

Kilcormac-Killoughey are the early favourites in the Junior Football Championship with Ballinagar, Edenderry and Rhode all having genuine aspirations.

In group 1, Rhode and Kilcormac-Killoughey have two points while Tullamore and Durrow are pointless.

Edenderry and Ballinagar lead the way in group 2 with two points while Kilclonfert and Doon have no point.

Round 2 fixtures, with first named at home, are: