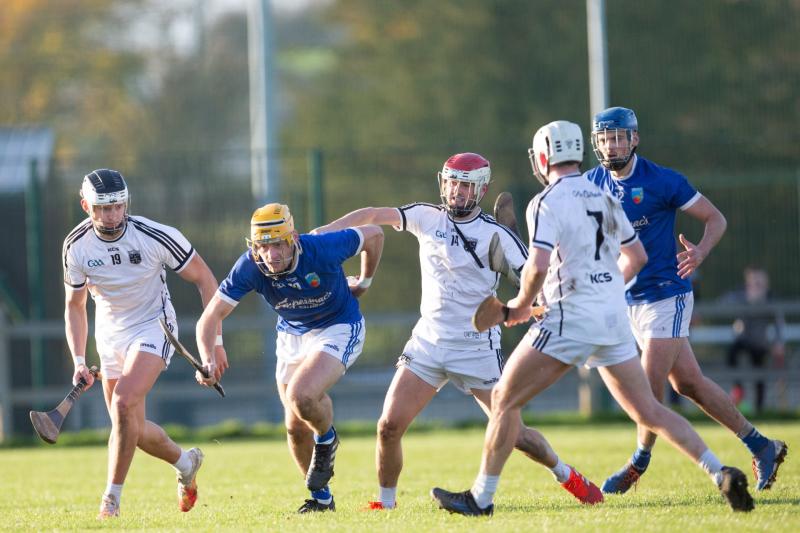 Clara and Tullamore are challenging for places in the SHC "B" semi-finals.

KILCORMAC-Killoughey continued their fine form in the Offaly Senior “B” Hurling Championship last weekend as a third successive win put them on top of the table with six points and in the semi-finals.

Kilcormac-Killoughey had to dig deep to see off neighbours Drumcullen, 0-13 to 0-10 in the third round last weekend and they have been the form team so far. However, the real action will begin in the semi-finals and this competition is wide open.

Clara did well to edge out Lusmagh by 2-11 to 0-15 last weekend while the standout result was a surprise win for Birr over Tullamore. Birr had lost their first two games after being promoted from intermediate last year and they performed very well in a 2-16 to 3-12 win over Tullamore, beaten by Clodiagh Gaels in the final last year.

It leaves Kilcormac-Killoughey on top of the table with six points. Clara have four points, Tullamore and Drumcullen three each, Birr two and Lusmagh none.

With two rounds left, every side could still claim one of the four semi-final places, though the odds are against Lusmagh whose fate isn't in their own hands.

Clara are in a strong position while Tullamore and Drumcullen still have work to do and Birr now have a chance.