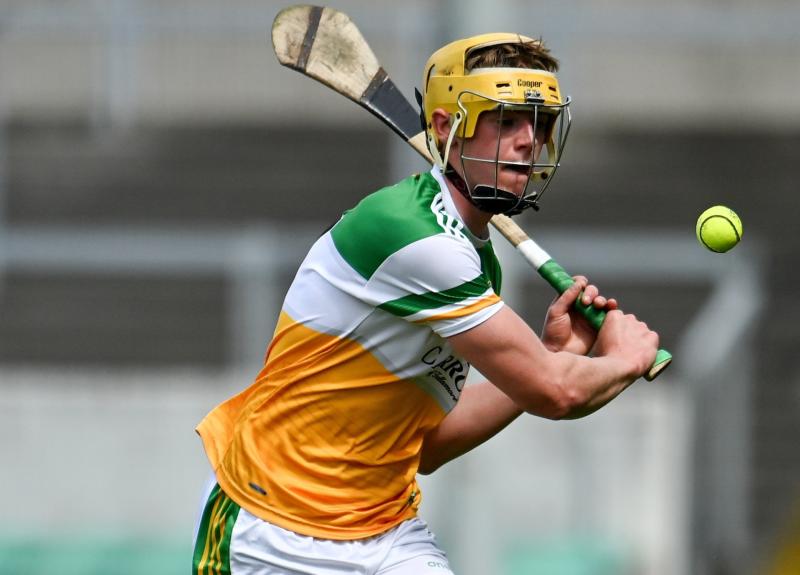 Killian Sampson scored 1-4 for Shinrone in their win over Seir Kieran.

SHINRONE picked up their first win of this year's Offaly Senior Hurling Championship when they had eight points to spare over Seir Kieran in their encounter at St Brendan's Park, Birr on Saturday evening.

Shinrone didn't have it all their own way and Seir Kieran asked questions of them when they cut the deficit to just two points midway through the second half, but Shinrone steadied the ship and outscored their opponents by 0-8 to 0-2 in the final quarter to secure the two points.

It was tit for tat for much of the opening half with the sides level on a couple of occasions and the lead changing hands but a strong finish to the half by Shinrone when they scored 1-3 with just a point in reply in the final seven minutes saw them lead by 2-8 to 1-6 at the break.

With the wind to come in the second half, it looked good for Shinrone and they stretched their lead to seven points four minutes after the break. But true to their tradition, Seir Kieran didn't give up and they scored the next five points on the trot to leave just two in it. Shinrone had gone 13 minutes without a score with the wind, but a couple of quick points settled their nerves and they pulled away again in the closing stages.

Having drawn their opening round game with Ballinamere, Shinrone are now in a good position to progress to the knock out stages with games against Coolderry and Belmont to come. While they won well in the end, there were aspects of their game they will look to sharpen up on. They went those 13 minutes without a score with the wind in the second half and at times they were almost inclined to take too much out of the ball, and making an extra pass instead of going for a score.

They almost let Seir Kieran back into the game, when they should have been out of reach but they have their destiny in their own hands now and will look to build on this in their remaining games.

Seir Kieran have now suffered three defeats on the trot and unless they beat Coolderry in their final game, they will end up in the relegation play off. They showed a lot of courage and determination again and were competitive for much of the game but will rue some bad misses over the hour. They hit 14 wides, compared for five for Shinrone, and failed to take some great goal chances, being denied by some excellent saves by Eamon Cleary and also failing to hit the target themselves. They certainly don't lack heart but in tight games, they need to take all the opportunities that come their way.

Shinrone got off the mark inside the first minute with a Donal Morkan free but from the puck out Kevin Dunne equalised with a good point from the right. Paul Cleary restored Shinrone's lead and Donal Morkan pointed a '65' after Peadar Murray had saved well from Jason Sampson.

Tom Dooley caught a high ball from Adrian Hynes and was fouled and a penalty was awarded which Dooley took but his effort was well saved by Eamonn Cleary but Adrian Hynes swept home the rebound.

Two minutes later Shinrone replied with a goal when Dara Maher's long ball broke, Killian Sampson gathered and finished to the net. Adrian Hynes cut the gap to one but Killian Sampson and Donal Morkan's free put Shinrone three up. Seir Kieran responded well and Tom Dooley scored a great point from out the field and Joe Bergin pointed a free and then from play from just outside his own 45m line.

Almost immediately Shinrone got their second goal when Donal Morkan's pass found Ciaran Cleary at the edge of the square and he first timed to the net, despite the best efforts of Peadar Murray. Donal Morkan (free), Adrian Cleary and Luke Watkins all added points before Joe Bergin's free left five in it at half time, 2-8 to 1-6.

Dara Maher scored a lovely point 25 seconds after the restart but Joe Bergin replied from a free. Donal Morkan (free) and Ciaran Cleary then hit the range and Shinrone were seven points up but failed to score again for 13 minutes.

Joe Bergin pointed a free and they had a great goal chance when a long range free was knocked back across the square and from five yards out James Mulrooney's effort was brilliantly saved by Eamonn Cleary. Joe Bergin did point a '65' and Adrian Hynes (2) and James Mulrooney added further points to leave just two in it at the midway point of the second half.

Shinrone were under pressure but Killian Sampson collected a good ball up the left wing and pointed and almost immediately Declan Cleary added another. Tom Dooley replied with a fine point for Seir Kieran but Killian Sampson. Dara Maher, Killian Sampson again from a free and Sean Cleary all added points to give Shinrone breathing space with five minutes left.

Seir Kieran kept pushing and Adrian Hynes' effort from a tight angle was saved by Eamonn Cleary at the expense of a '65', which Joe Bergin point, while Bergin set up Hynes with another chance but somehow he drilled the shot across goals and wide. Eamonn Cleary also saved well from an overhead flick from Luke Carey and blocked the follow up as well and he also stopped a 20m free from Joe Bergin. Jason Sampson and Dara Maher added late points to seal the win for Shinrone.

Goalkeeper Eamonn Cleary made a string of fine saves for Shinrone. He made a fine stop from a first half penalty and could do little to prevent to rebound from ending up in the net but in the second half he saved at least five goalbound efforts that ensured that Shinrone would go home with the two points.

A brilliant reflex save from Eamonn Cleary seven minutes into the second half was a magic moment. Joe Bergin's long free dropped to the right of the square where Luke Carey knocked it back across the face of the goals. James Mulrooney on the edge of the square connected but Eamonn Cleary threw himself in front of the ball to make the save, much to the disbelief of Seir Kieran. The game was still in the melting pot at that stage and a goal could have made a big difference to the outcome.

There were a couple of times that tempers threatened to erupt but Kieran Dooley managed to keep a lid on things. He issued yellow cards when necessary and didn't let things get out of hand. He was always up with the play and clear in his decisions and overall had a good game.

Shinrone have now put themselves in a good position to advance to the knock out stages and if they avoid defeat in their next match against Coolderry it would also put last year's beaten finalists out of the running for the Sean Robbins Cup. They drew with Ballinamere in their first game and they have since gone on to win their next two games to secure a place in the knock out stages and with Belmont on two wins from two games as well, those three teams are now in pole position to advance from this group and the final round game between Coolderry and Seir Kieran could determine who goes into the relegation play off.

Shinrone take on Coolderry in round 4 where avoiding defeat would guarantee them passage to the knockout stages with a game to spare while Seir Kieran have a bye in that round before facing Coolderry in their final group game.

On a blustery evening, St Brendan's Park was on good condition for what was a double header. 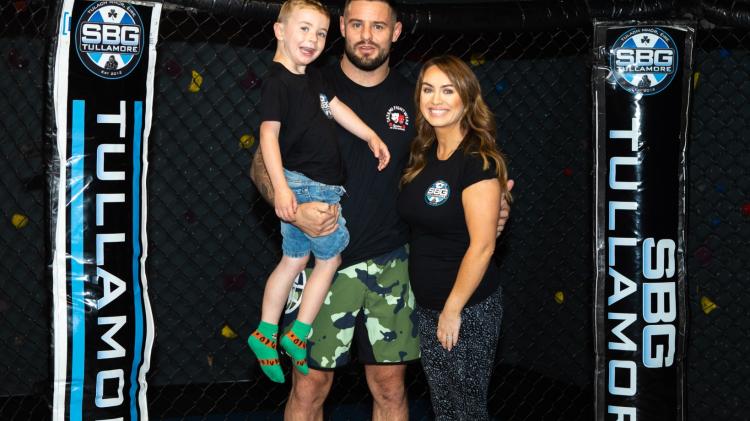