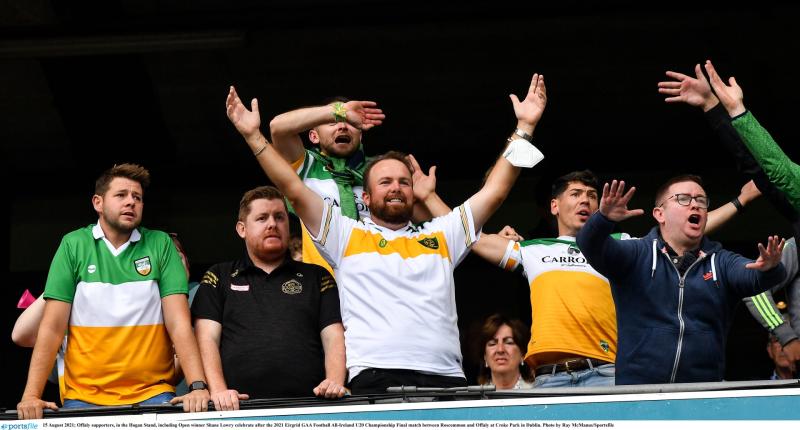 THE Offaly GAA County Board have received a major boost with Shane Lowry confirming that he will take part in one of their major fundraisers, the Grand Canal Walk.

The Grand Canal Walk is an innovative and very successful fundraiser and Shane Lowry's participation will help make this year's event an even bigger success.

Each of the 41 clubs in Offaly have nominated walkers to walk 5 Km within their own Club area or along the Grand Canal (whichever suits the walker).  Each walker/club will be asked to upload a short video of their walk.

The money raised by each club wil be split on a 50:50 basis between Offaly GAA and the respective clubs.

The walk is organised in conjunction with Club Faithful, the Offaly GAA supporters club and Shane Lowry's backing will further raise its profile. All the money donated for Shane Lowry will go to the County Board and this is certain to be thousands of euros.

Last year's event proved to be a phenomenal success, both for clubs and the County Board. Some clubs donated all their proceeds to the County Board and some participants also collected money purely for the board.

It has also been a great fundraiser for clubs and the model of splitting proceeds half and half has touched a chord with supporters and clubs.

One of the best professional golfers in the world, the 2019 British Open winner is a passionate Offaly GAA supporter and has given tremendous backing to the Michael Duignan led County Board – he came on board as a major financial backer a couple of years ago and is helping raise money for them on an ongoing basis.

He played in the Irish Open in Mount Juliet in Kilkenny last Sunday while Offaly were going down to Tipperary in agonising circumstances in the All-Ireland Minor Hurling Championship final – Lowry had an Offaly jersey in his bag and said he would have considered wearing it up the 18th if Offaly had won but sadly, a last gasp Tipp goal scuppered that.

Now, however, he has come on board to help the board again and his presence in the Grand Canal Walk will help increase its profile and get money in – supporters will also be keen to know where and when Lowry is completing the walk and join him for that.

A list of walkers is available on and donations can be made on:https://www.grandcanalwalk.ie/grand-canal-walk .