No clearcut favourites in Offaly Senior “B” Hurling Championship 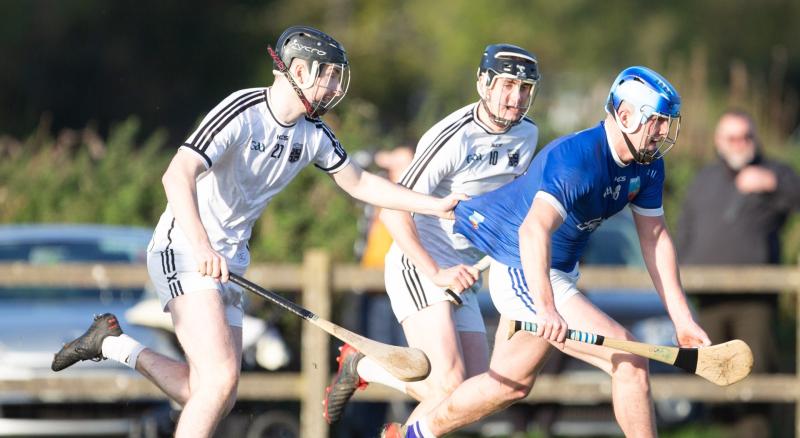 THE 2022 Senior “B” Hurling Championship could be one of the best of the Offaly GAA competitions this year.

There are six teams, all in one group, and there are no real clearcut favourites, even if last year's beaten finalists, Tullamore will be the team watched by many.

It will be contested by Clara, Kilcormac-Killoughey, Lusmagh, Tullamore, Birr and Drumcullen. Most of the teams look to be fairly evenly matched, even if there is a possibility of some one sided results.

The top four go into two semi-finals with one playing four and two meeting three. The bottom two teams will meet in the relegation play off. It means that there is some wriggle room, some margin for error but early defeats will put real pressure on teams.

Senior “B” is a high standard of hurling and normally, the second team of a senior club should not be able to win it but Kilcormac-Killoughey are live contenders. Birr can't be ruled out but it is a jump up for them and as some of their long serving senior stalwarts enter the winter of their career, they could lose players from this team. Birr are outsiders.

Kilcormac-Killoughey's presence here, however, is intriguing and they could end up very strong. They were pipped by eventual champions Clodiagh Gaels in the semi-final last year and they have a huge array of players and talent.

Tullamore are probaly the team to beat. Shane Dooley is still capable of shooting the lights out for them and they have a strong, very steady sign. They are beatable and being a dual club is a problem for them – hurling will play second fiddle to football in the club.

It is hard to know what to make of Drumcullen. They were promoted from senior “B” two years ago when two clubs went up but came straight back down after receiving some very bad beatings. You have to admire Drumcullen and the way they persevere year after year. They have some very good hurlers but are also short of a few. Numbers are an issue and they have their work cut out.

Time will tell about Clara and Lusmagh. They can beat anyone on their day and have some fine players but consistency can be an issue. In Clara, they also have a number of dual players and it is a delicate balancing act for them.

The championship is wide open. At the monent, Tullamore and Kilcormac-Killoughey are head of the others in the pecking order but the opening two rounds will tell a lot – last year's Tullamore manager Kevin Martin stepped away for personal reasons while his replacement, joint managers Peter Kelly and Stephen Egan junior resigned a few weeks ago with Edwin Finnerty stepping in and that doesn't look good.

See OffalyLive for profiles of the teams.