Four Drumcullen footballers given permission to play with Cloghan 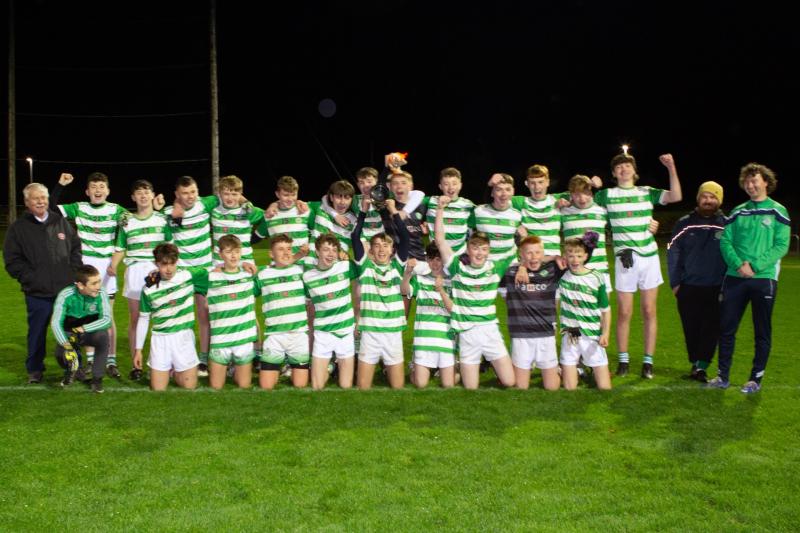 FOUR young footballers from Drumcullen were given permission to play underage football with Cloghan after a vote at a meeting of the Offaly GAA County Board on Tuesday evening.

Delegates voted 24-20 in favour of allowing them to play with Cloghan as an “exception” after a brief discussion at the meeting.

St Rynagh's Football Club delegate Tomas Flattery explained that the four young players had played Go Games with Cloghan – a St Rynagh's led amalgamation that has often included permission players from across south Offaly – since they were six years of age. Last year, howvever, the County Board had ruled that all footballers from Drumcullen must play underage with Birr but Mr Flattery said these players won't do that.

The players are now at U-13 age level and wanted to stay playing football with the players and friends they were used to. Mr Flattery said it made sense that players from Drumcullen should play with Birr as they have a shared Games Promotion Officer but he asked that an exception be made for these four players only.

Drumcullen's Peter Lyons also asked that an exception be made for these four players. He said they were in favour of the 2021 decision that their underage players play football with Birr and they had made this clear to parents of other children but they were backing the application by these four as an “exception”.

Offaly GAA vice chairman James Murphy replied that they had spent a lot of time examining the issue of permission players in south Offaly and had made the decision that Drumcullen players play with Birr as it would create a second stronger club in the area. He stated that it didn't make sense for Cloghan to have 30-40 players togged out and Birr struggling to field. They felt that U-13 level was the best age to enforce this rule as it was when underage players started to play championship and he said they wouldn't be changing their stance on this.